Remains of one of the three iron mine narrow-gauge railway ROWs running from Mount Tom (AKA Burden Mountain, AKA Iron Mountain) in Linlithgo (Germantown), NY to transfer docks on the Hudson River in and around Livingston, NY. Oak Hill Iron Ry Co and Hudson Spathic Co railways were owned by the Livingston family. The Hudson River Ore and Iron Company RR was owned by Henry Burden of Troy, NY fame. The Burden Mine existed  from  1875-1898. The Railway existed  from 1883  to  1895. 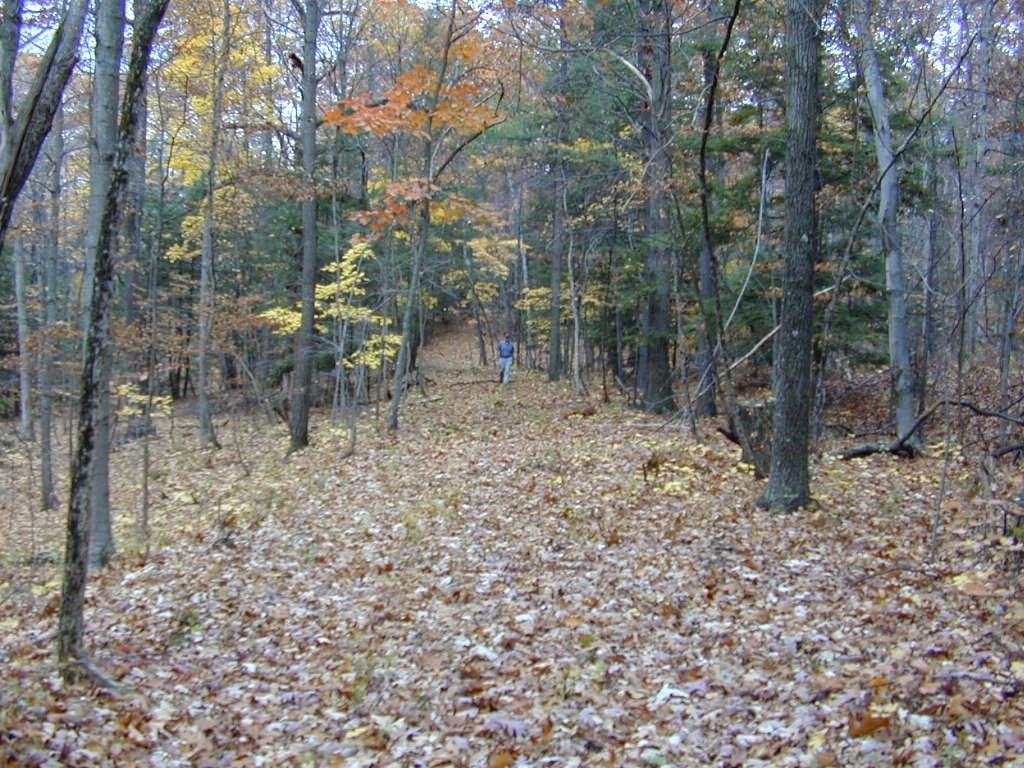 Over 50 years later Mount Tom because the first Iron Mountain facility as well as a nuclear war survival shelter for corporate and government elite. 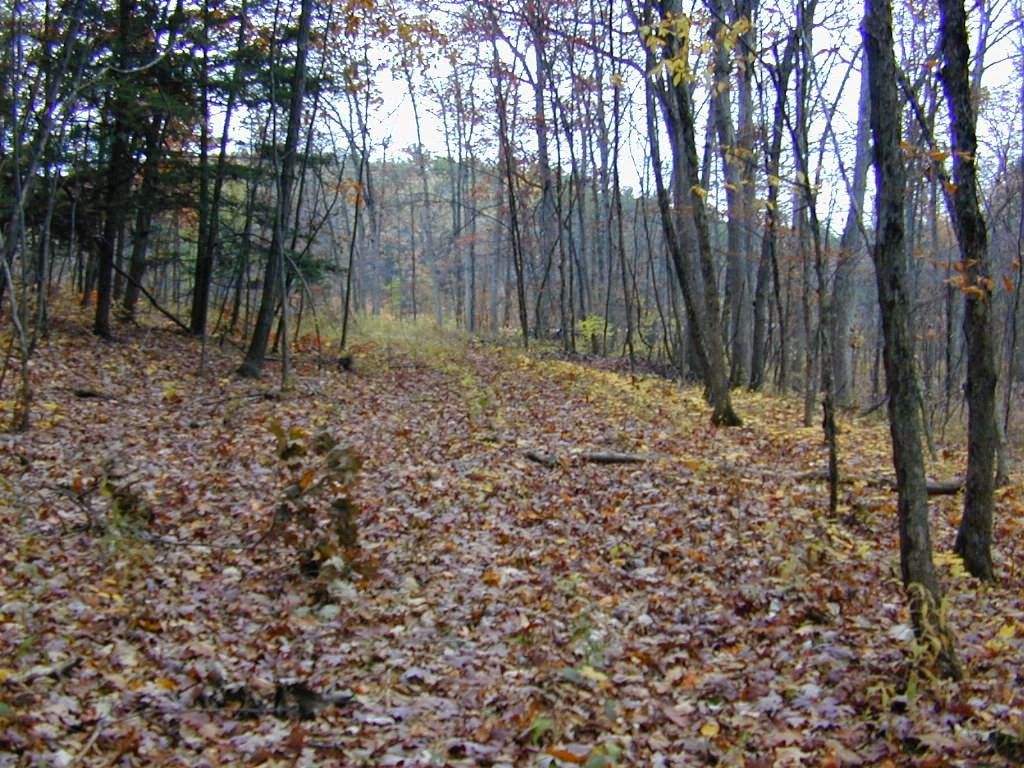 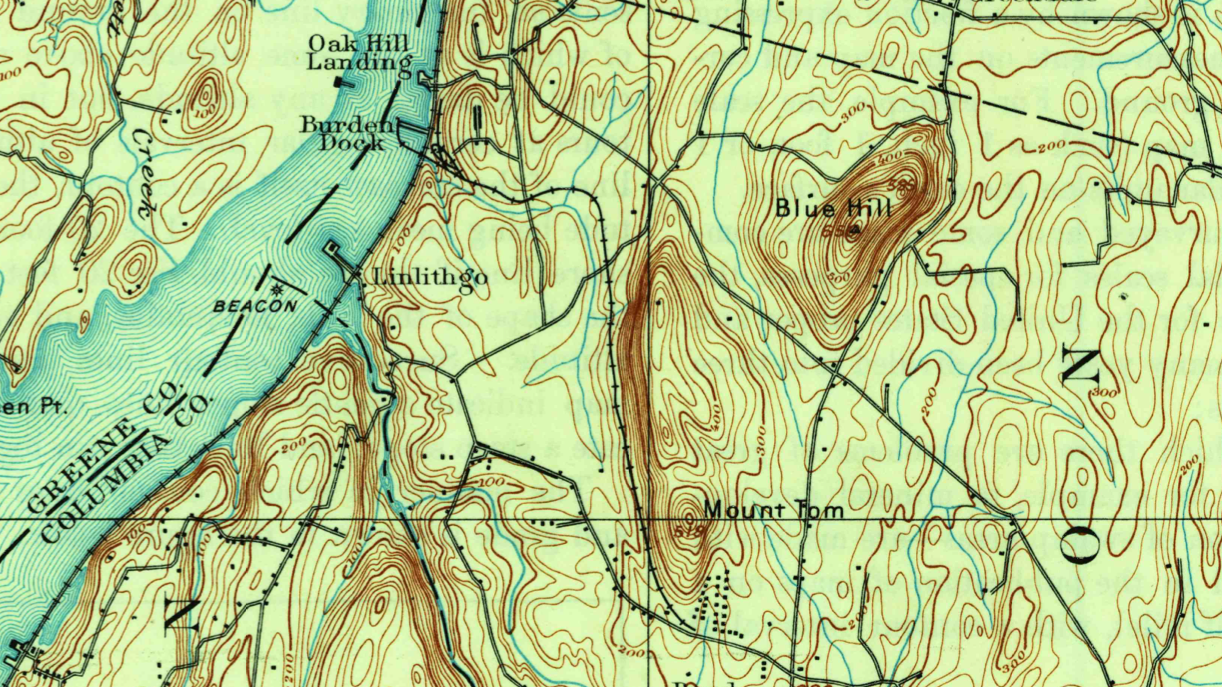 Here is a map from 1895 showing the railroad's path from Mount Tom to The Burden Dock on The Hudson River.

Articles of association filed May 21, 1880. Commencing at the ore bed of the Hudson River Spathic Iron Ore Company, on what is known as "Miller Hill" in the town of Livingston in "the said county of Columbia, terminating at the outer end of the wharf of said Hudson River Spathic Iron Ore Company in the Hudson river near the mouth of Fox creek. Length of road, two and three-fourth miles. Capital stock, $9,000.


To learn more about Iron Mountain, it's history and it's use today, visit their official site...

Here are some screen shots of the photos on their site! 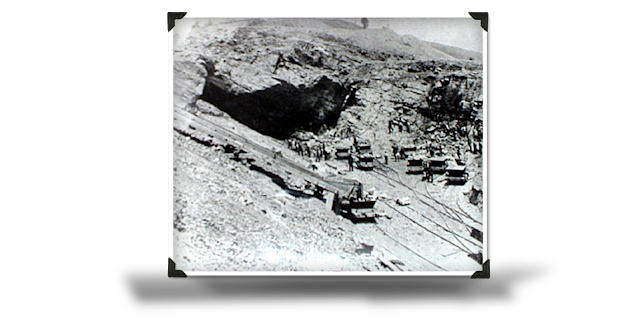 Neat shot of the mine entrance and the car storage. 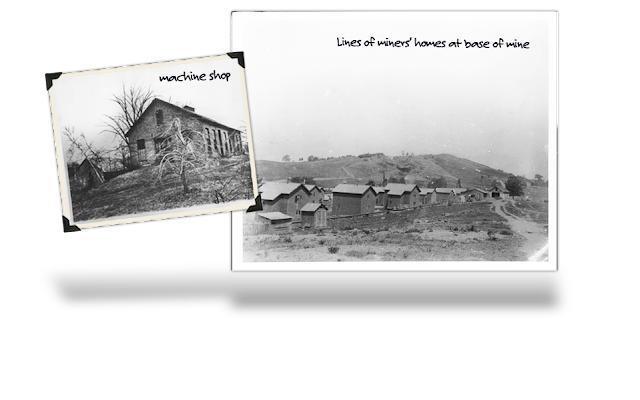 The Railroad's Machine Shop and a view of the cabins the workers lived in while employed at the mine.  The small 'city' had electricity and a general store for the employees.  On Sunday's they would hold picnics for family members... 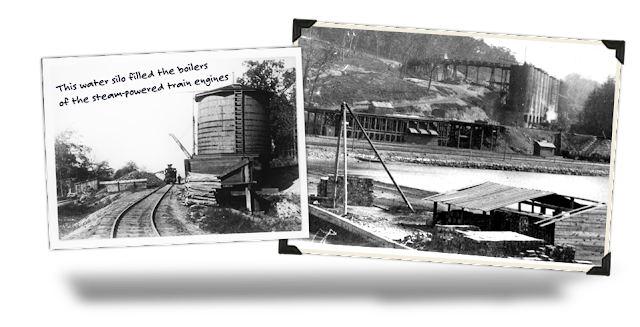 Here's a neat right-of-way shot heading by a water-tower.  Also a view of the works down by the Hudson River.  Material was smelted and shipped by barge to Troy, NY for Iron Creation at The Burden Mill.  Lower price iron from mills on the Great Lakes put the Mount Tom Mine out of business. 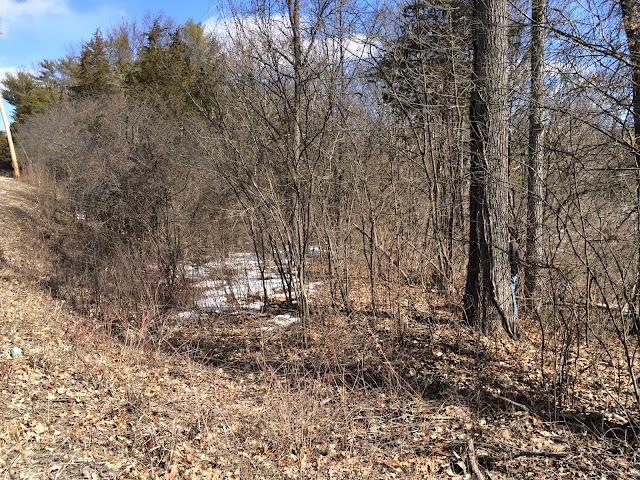 Here is a shot of where the right-of-way crosses Route 9G on the way to the mine. 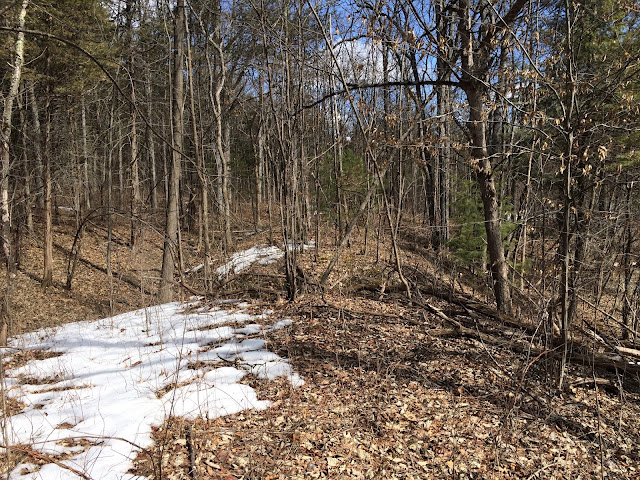 Deeper in the woods with a good grasp of where the narrow gauge line went. 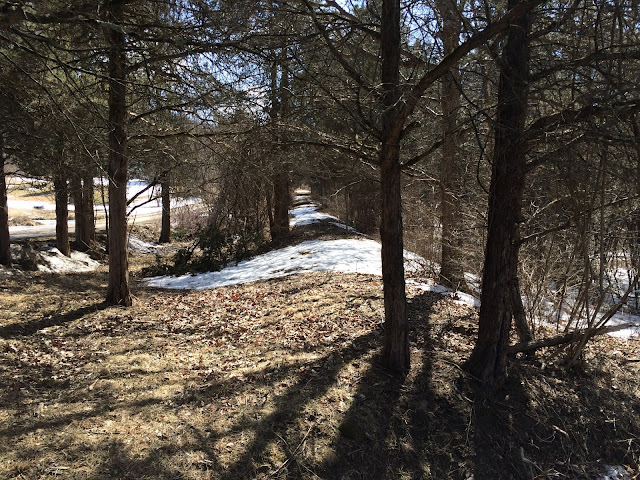 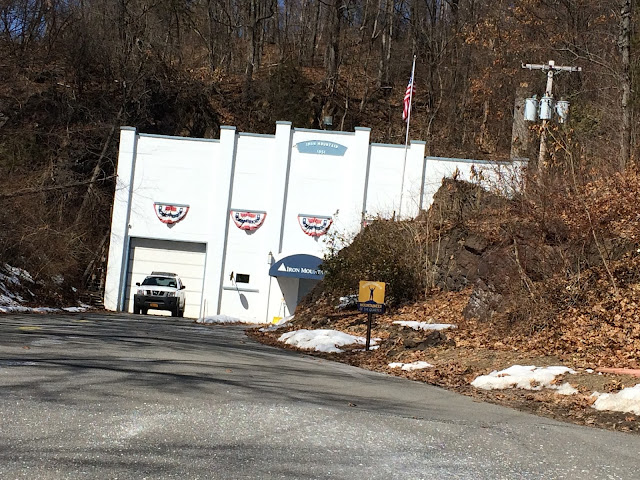 Here is the former entrance to the mine and the location of the small yard.  This place has been a mushroom farm, bomb shelter and a storage site for New York City riches. 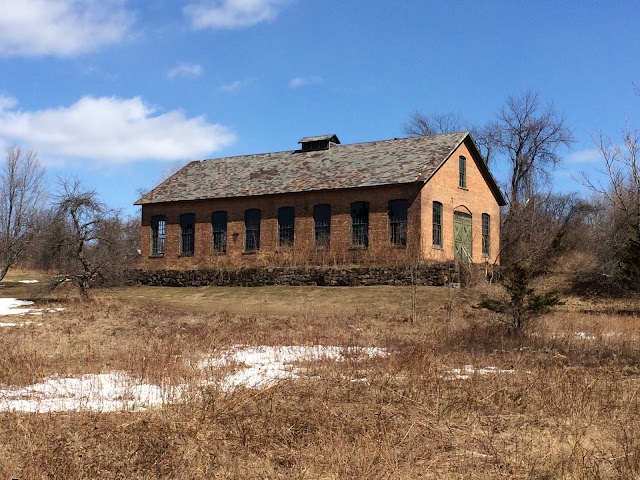 Another shot of the machine shop for the railroad.  An engine house was located close by, but was demolished around 20 years ago. 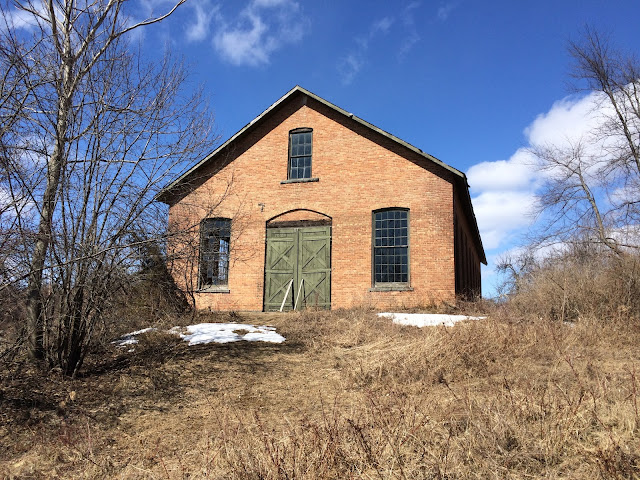 The front of the Machine Shop (Please note, this is private property and a zoom lens was used for the photo)

Special Thanks To Mark Kolodny For Posting This Railroad On Facebook's Abandoned Railroad Page.