The Schenectady Railway's former Art-Deco waiting room on State Street Hill in Schenectady has been restored... 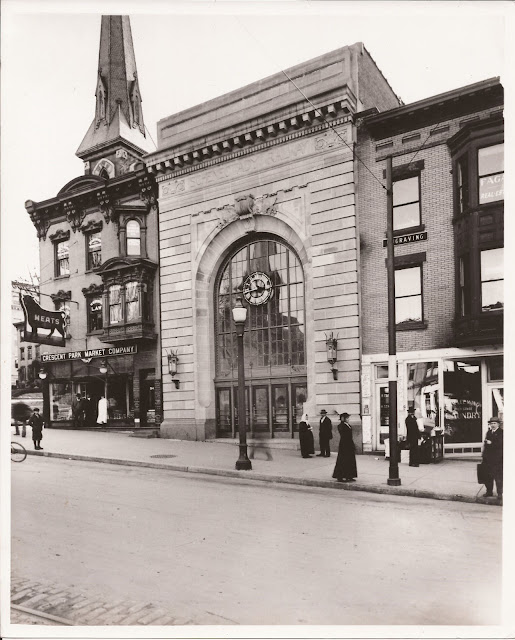 The new waiting room opened in 1914.  From this location, cars would leave for Troy and Albany.  Also, FJ&G Electric Cars left from this location to return to Gloversville. 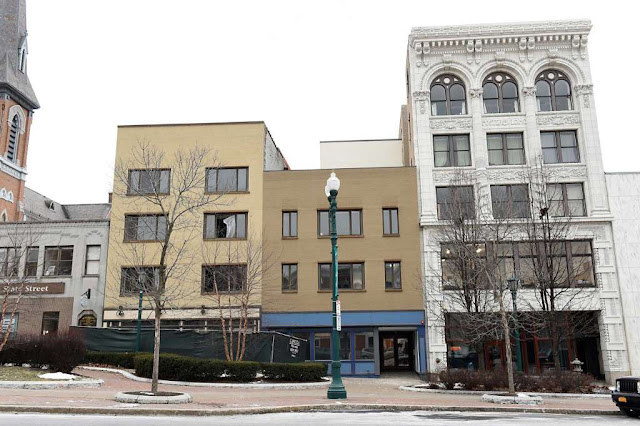 Here is work being done on the Foster block of State Street.  A business from Troy called 'Sliding Dirty' has moved into the former Railway building. (PHOTO: Lori Van Buren Times Union) 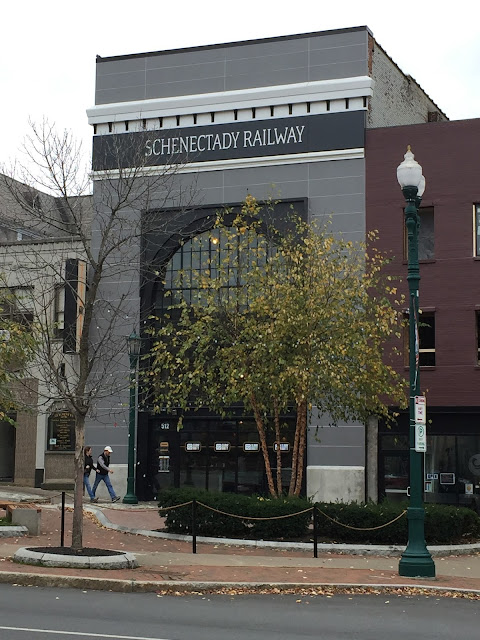 The new location of Sliding Dirty restaurant has opened in the former Railway location.  The owners took the time to remove the old facade that was covering the old station since the late 1940's. 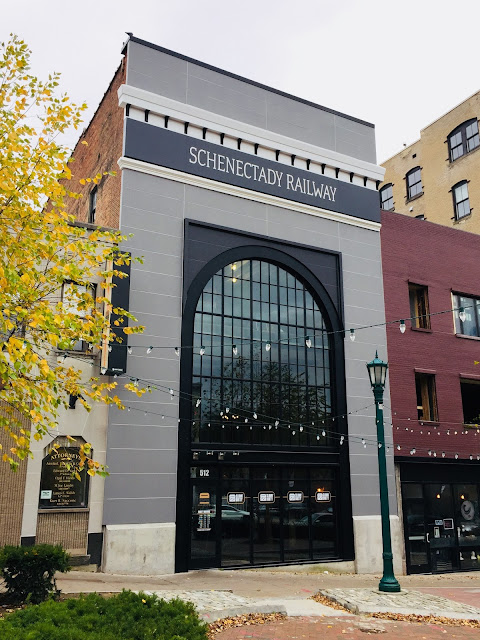 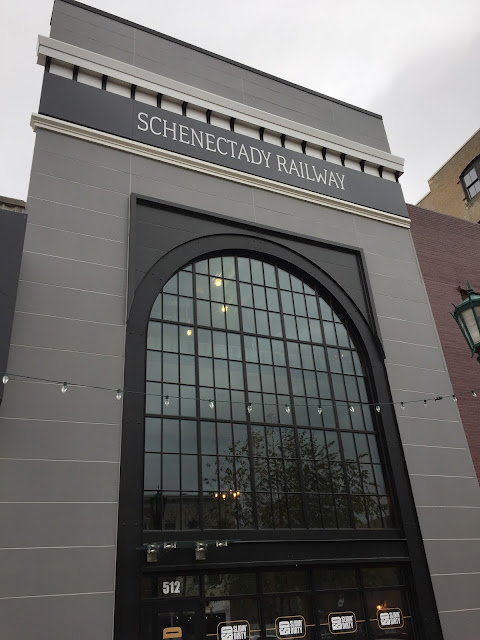