One of my favorite rail photographers, and all-around nice guy is Arnold Mooney of Ontario, CA.  He loves coming down to the states to catch our rail action and he's been doing it for years.  He captured one of my favorites, The Fonda Johnstown & Gloversville as well as The Cooperstown & Charlotte Valley.  Go to http://ginosrailpage.com if you'd like to see some of Arnold's Upstate New York work.

OK, let's get back to business!  Like I was saying, Arnold was visiting the Saratoga & North Creek recently for a ride and he captured a nice lash-up that I know you'll enjoy... 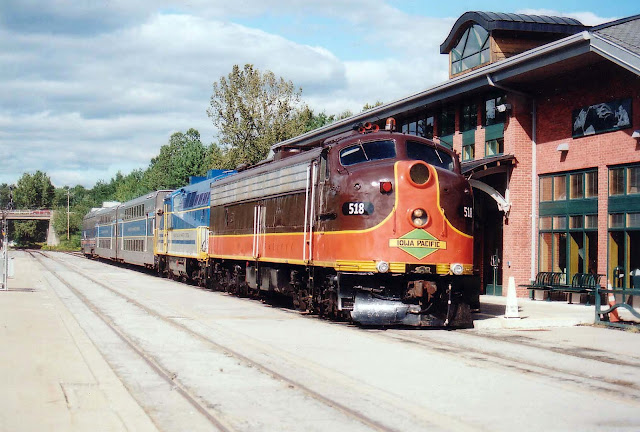 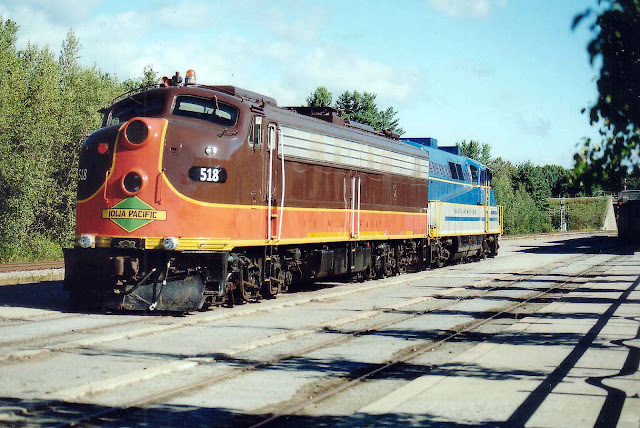 Everyone's favorite engine, IP-E8, 518 hangs out in the 518 at the Saratoga Springs Station... 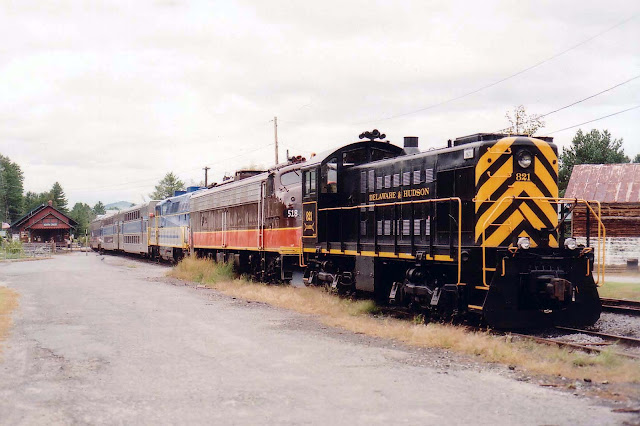 Lookie here, our favorite ALCO Product, SNC 821 is seen switching at North Creek and takes a break to pose with the 518 and company... 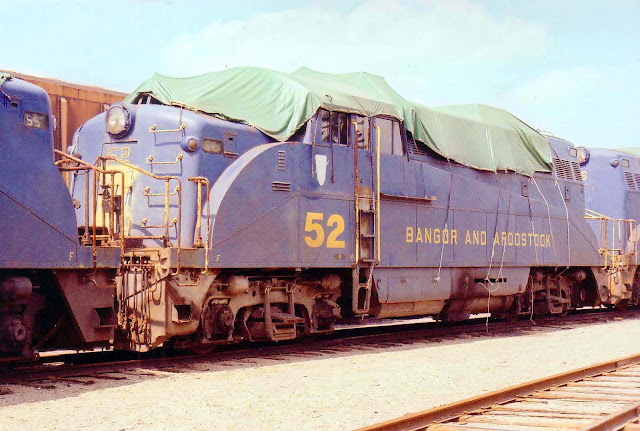