EMC/EMD Model 40 on the Cushing Branch 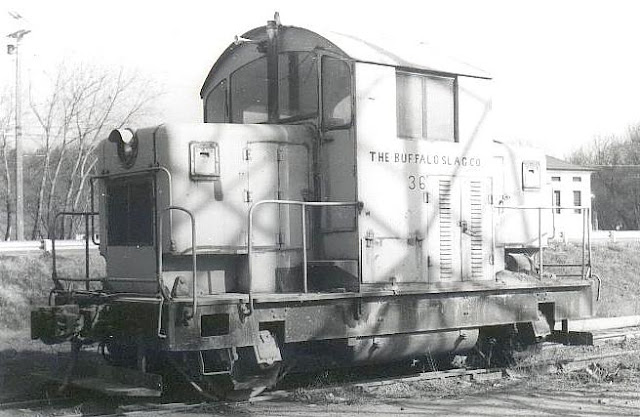 I get a lot of questions concerning The EMC/EMD Model 40 that currently sits in Cranesville, NY.  Where did she come from, what is it doing there, where is it going and on and on. Her EMD Serial Number is 1834 and she was built in 1942.   Her first employer was the US Government and was numbered 7403.  Later, she worked for the Buffalo Slag Company as Number 36.  In the mid-1960's she arrived at her current location in Cranesville, New York at the Cushing Stone Quarry.  The Cushing Stone Plant is located on the South Side of the Mohawk River in Cranesville.  The location is right between Rotterdam Junction and South Amsterdam... 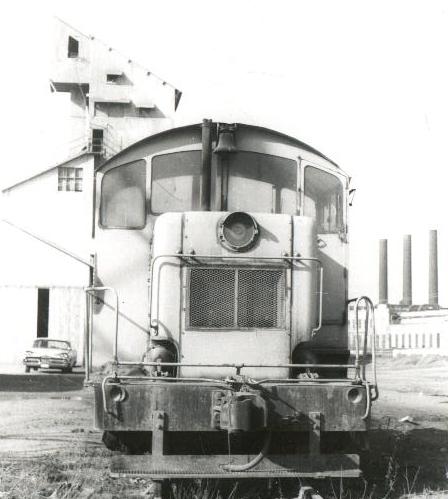 Here's another shot of the little switcher when she first arrived in Cranesville. After over 40 years of work at this location, she's been set out to pasture.  Her connection to Conrail/CSX ended in the mid-2000's when CSX aquired the former West Shore Industrial Track and abandoned the piece between Rotterdam Junction and Cranesville/South Amsterdam. 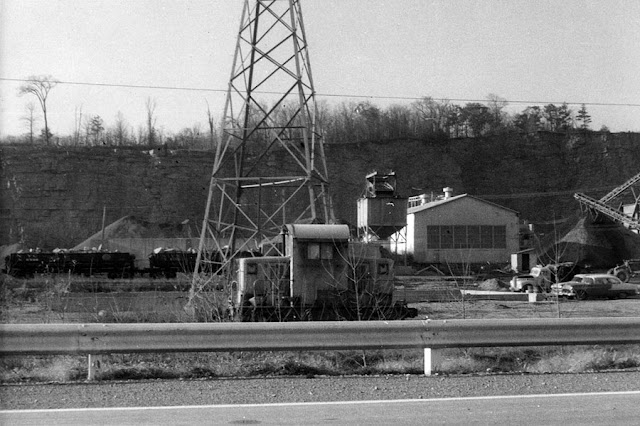 Here's that old EMD-Switcher working in the 1960's, still in her Buffalo Slag paint.  At one time, The Cushing Stone operation was a supplier of ballast to The New York Central, Penn Central and Conrail.  (Photo: Davis Family) 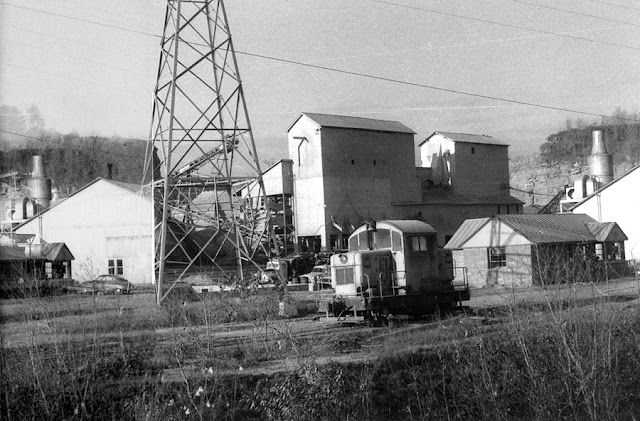 Another shot taken by Eber Davis of the new 'Critter' in Cranesville. The Buffalo Slag Company is now part of Buffalo Crushed Stone and has been in business since the early 1900's.
(Photo: Davis Family) 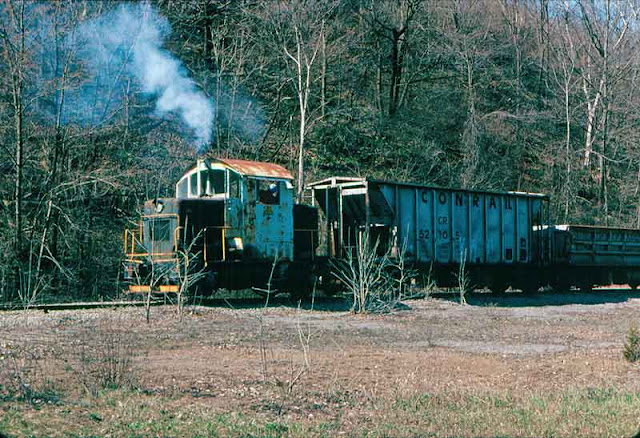 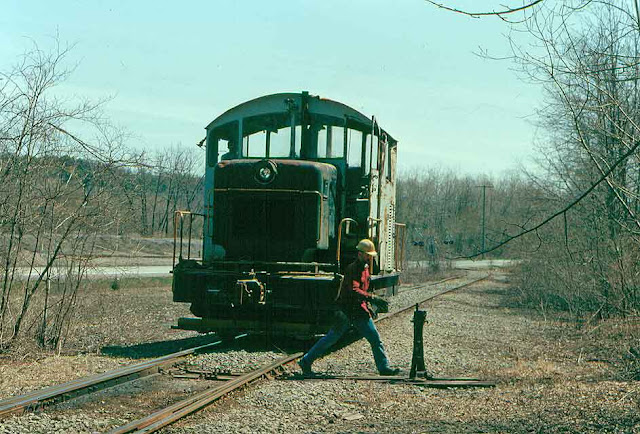 Here is EMD Model 40 at the Cushing Quarry in May of 1993. That is the Route 5S crossing in the background. (Photo: Joe Klapkowski)
If you'd like to see more photos of Joe K's adventures at Cushing Stone, please visit Gino's Railpage at this LINK... 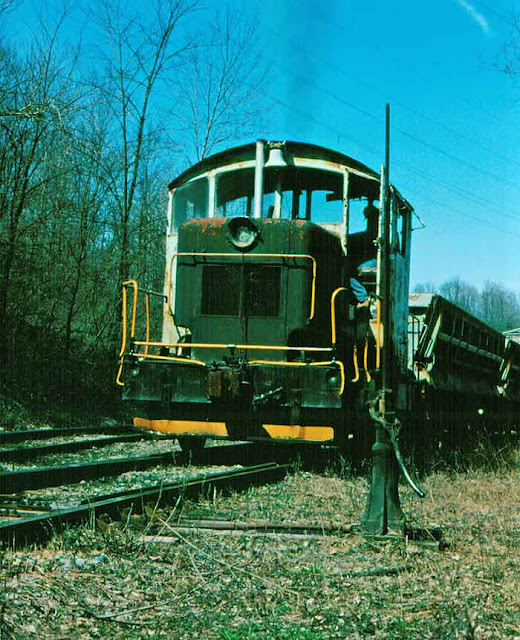 Here is a switch on the Cushing Stone Property.  A yard was built here that actually broke from the West Shore, went through the quarry property and rejoined the West Shore further West down the road.  (Photo: Joe Klapkowski)

The Following Photos Were Taken In May, 2013 by Gino DiCarlo.  Special Thanks To Charlie Vosburg For Attaining Permission To Get A Closer Look! 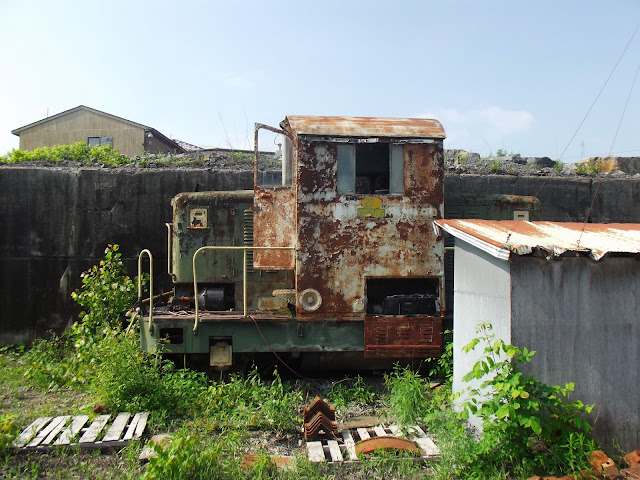 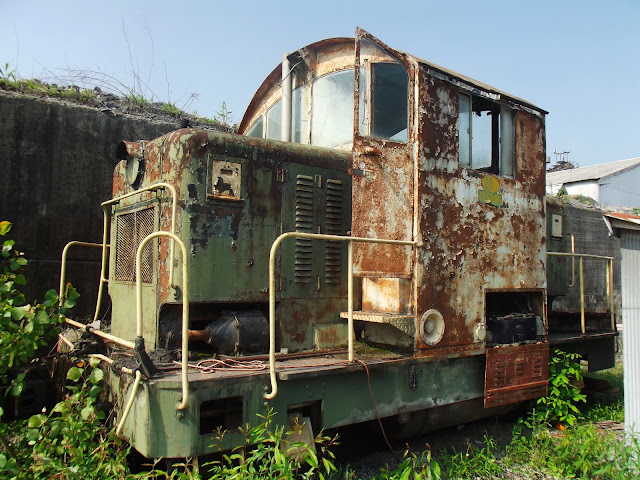 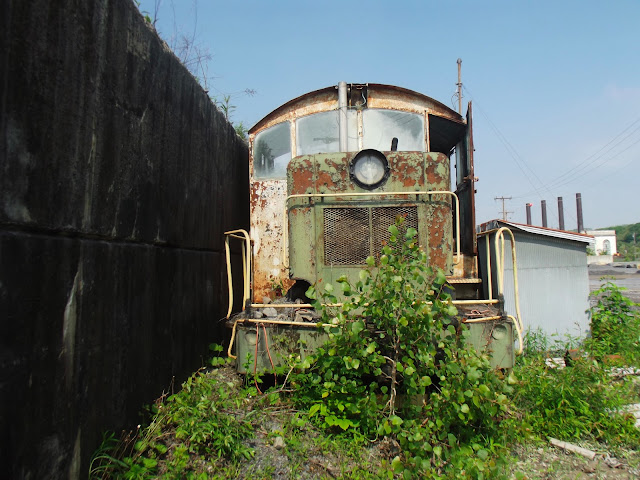 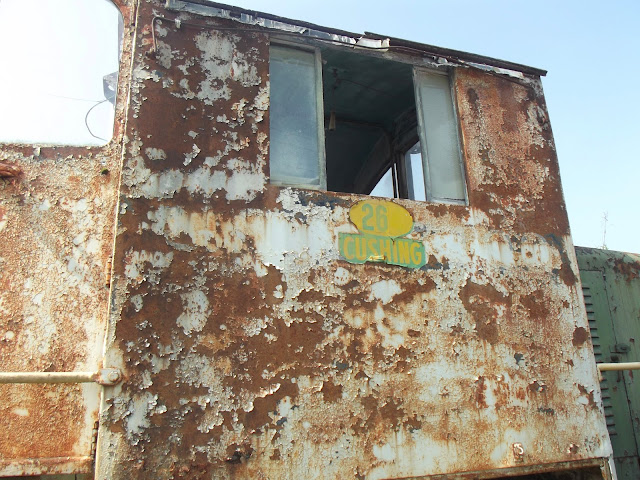 After 70 years of service, the old girl needs a paint job! 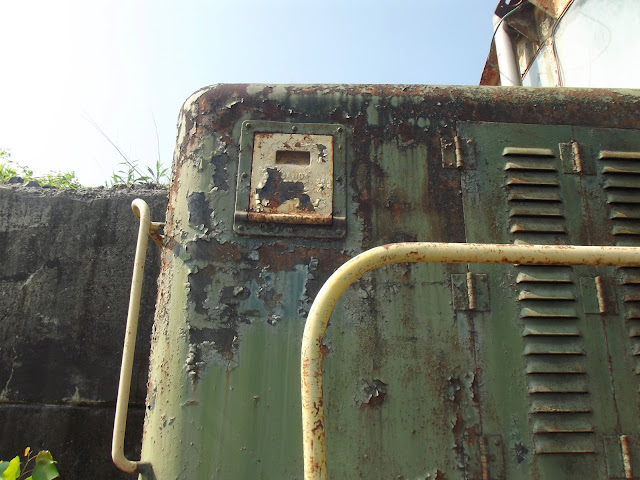 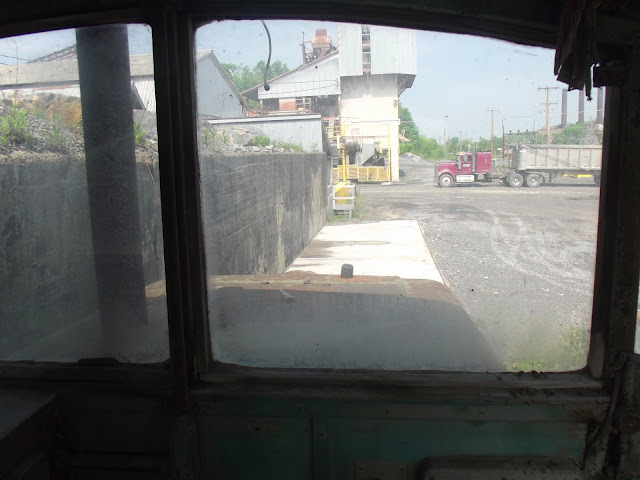 This view looks West towards Amsterdam.  The smoke stacks of the former Adirondack Power And Light are seen in the distance.  The tracks used to extend beyond this and re-connect with The West Shore Railroad in the distance. 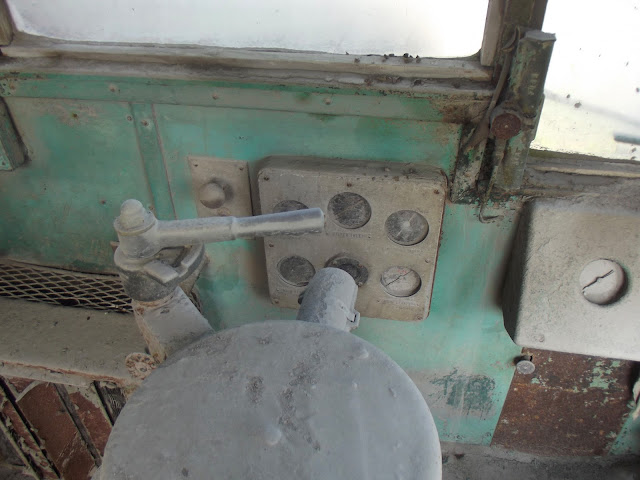 The cab of the locomotive has quite a bit of stone-dust on the gauges! 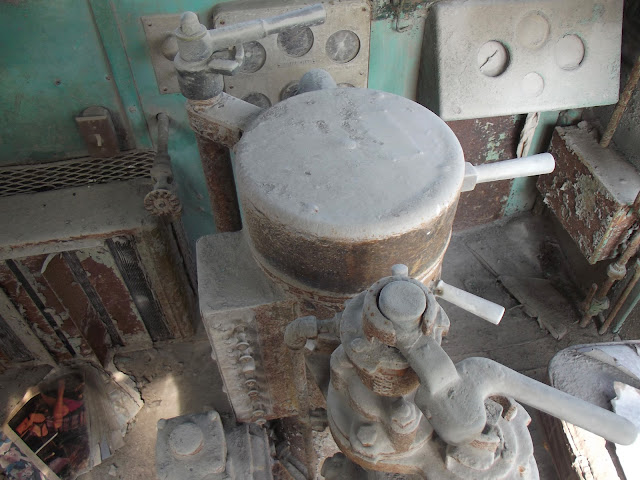 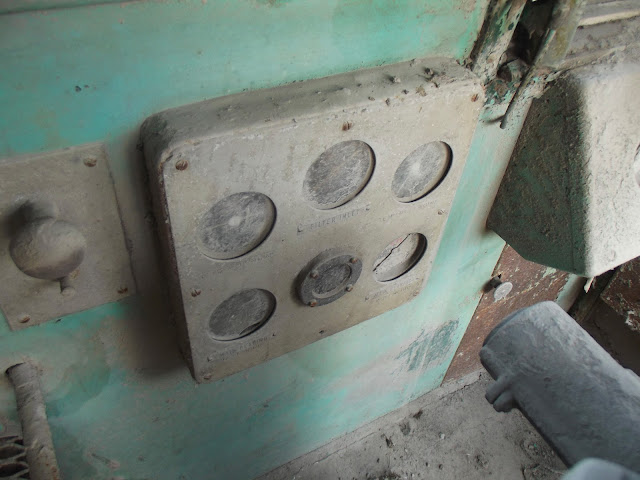 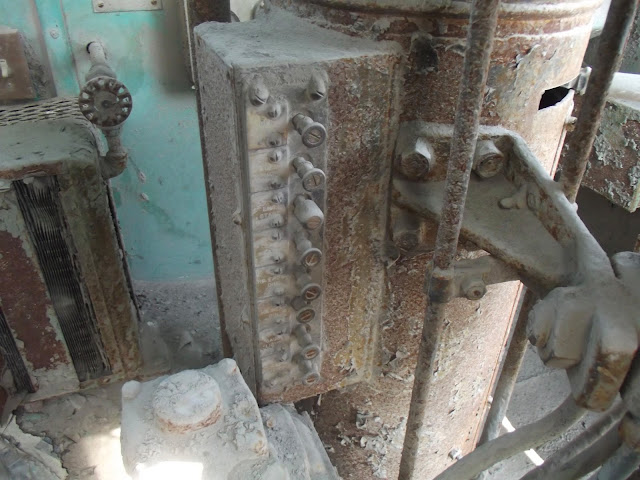 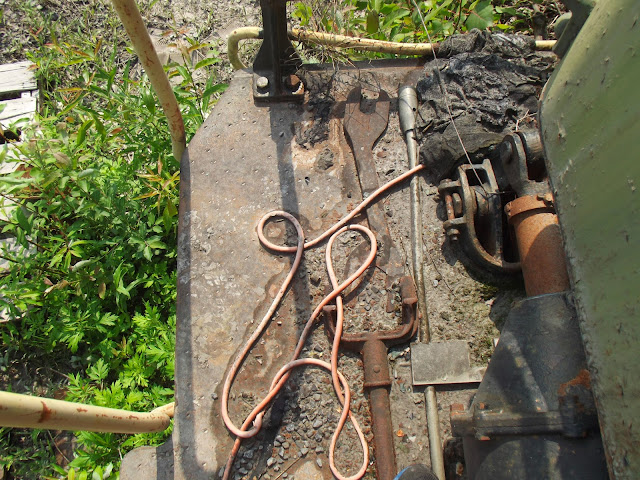 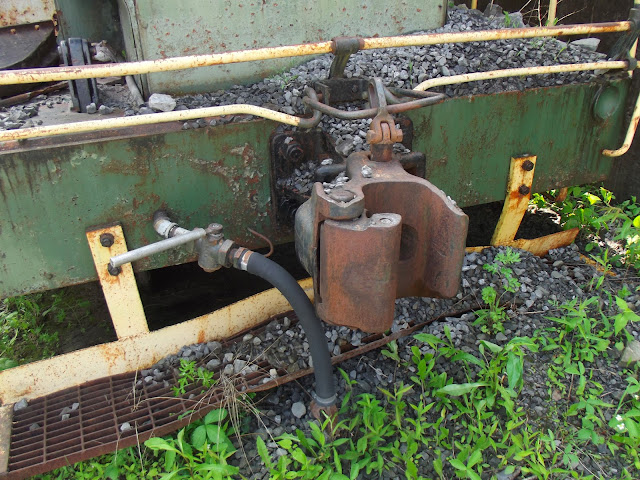 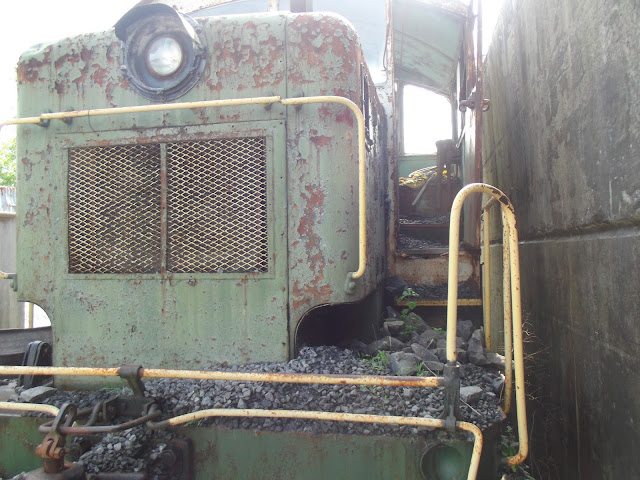 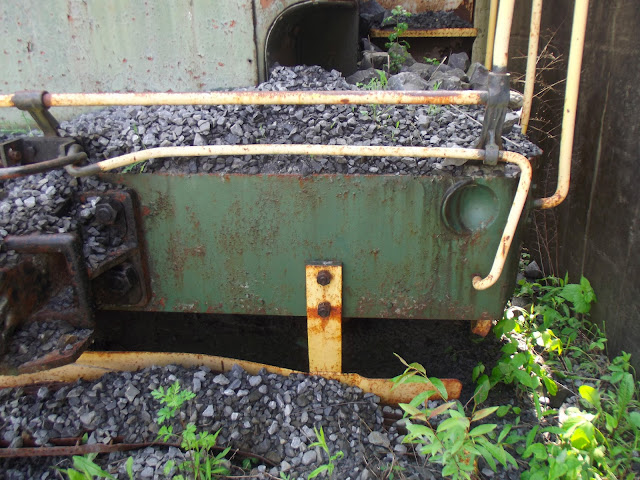 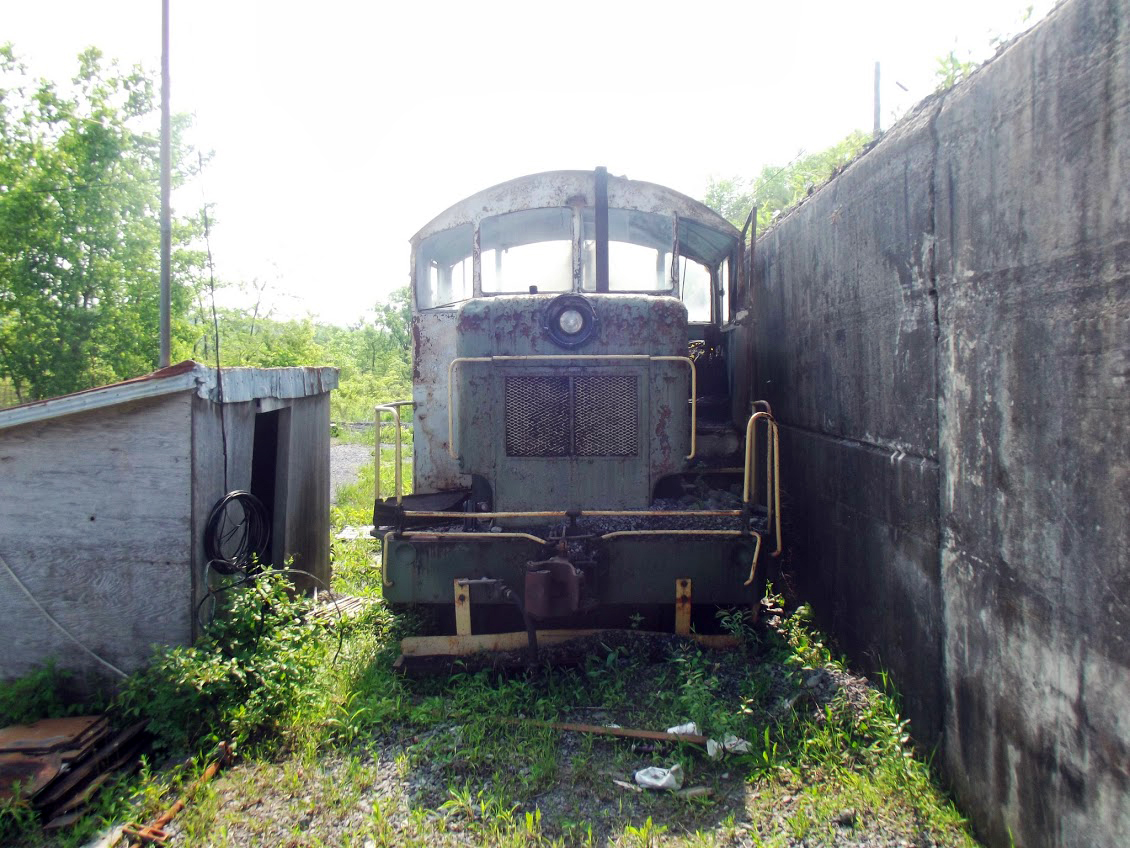 There are tracks underneath, but they have sunken into the earth.  The flood waters of Hurricane Irene did serious damage to this part of the quarry.  The scale house was half submerged due to the flood. 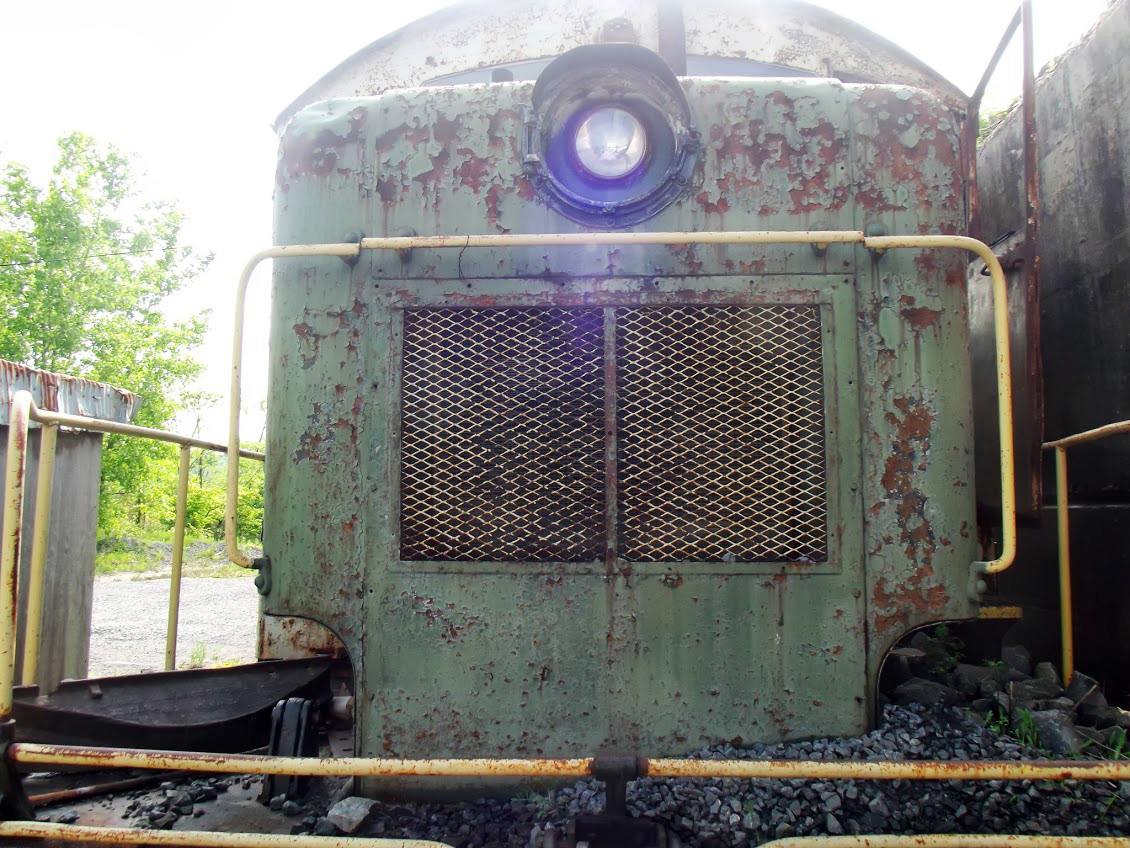 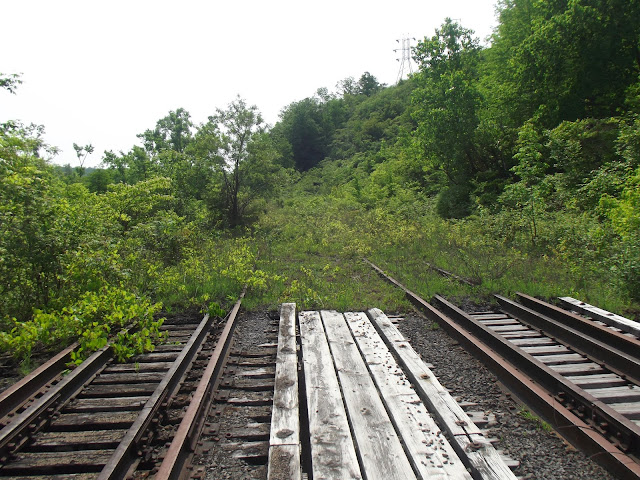 The rails for the small yard are still in place, but heavily overgrown.  There is a lot of heavy-steel sitting here!!! 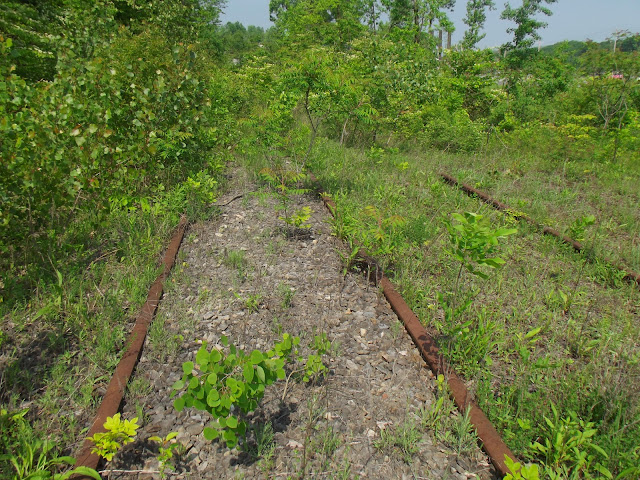 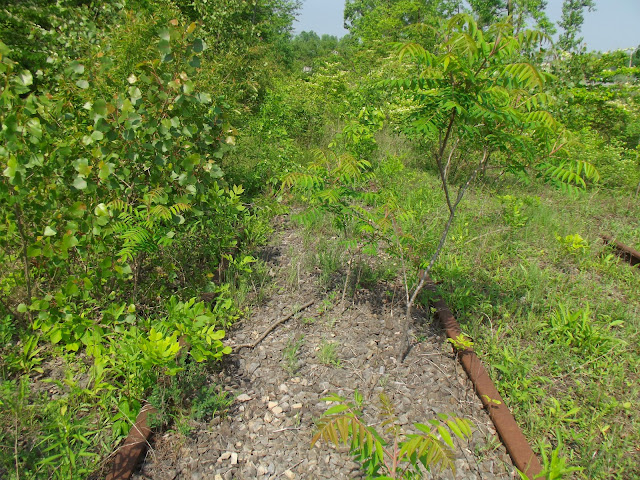 As of this time, there are no plans to move the engine from The Cushing Stone Property.  Attempts have been made to buy the engine, but the owners aren't interested.  If a group would like to re-paint the engine in this location, that can be arranged... 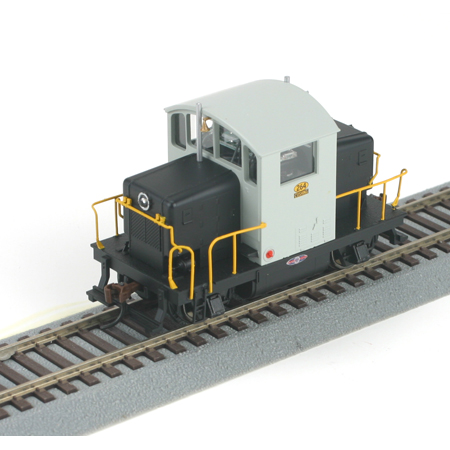 HO Scale Model of the EMD critter from Roundhouse.  Other paint schemes were available, but they are no longer on the market.
(Photo:  Athearn Website)