Electrical Engineering Student, Ed Wittekind attended Union College in Schenectady in the late 1940's.  For his downtime, Ed and his trusty camera made their way to The Maxon Road Engine Facility of The Delaware And Hudson Railroad... 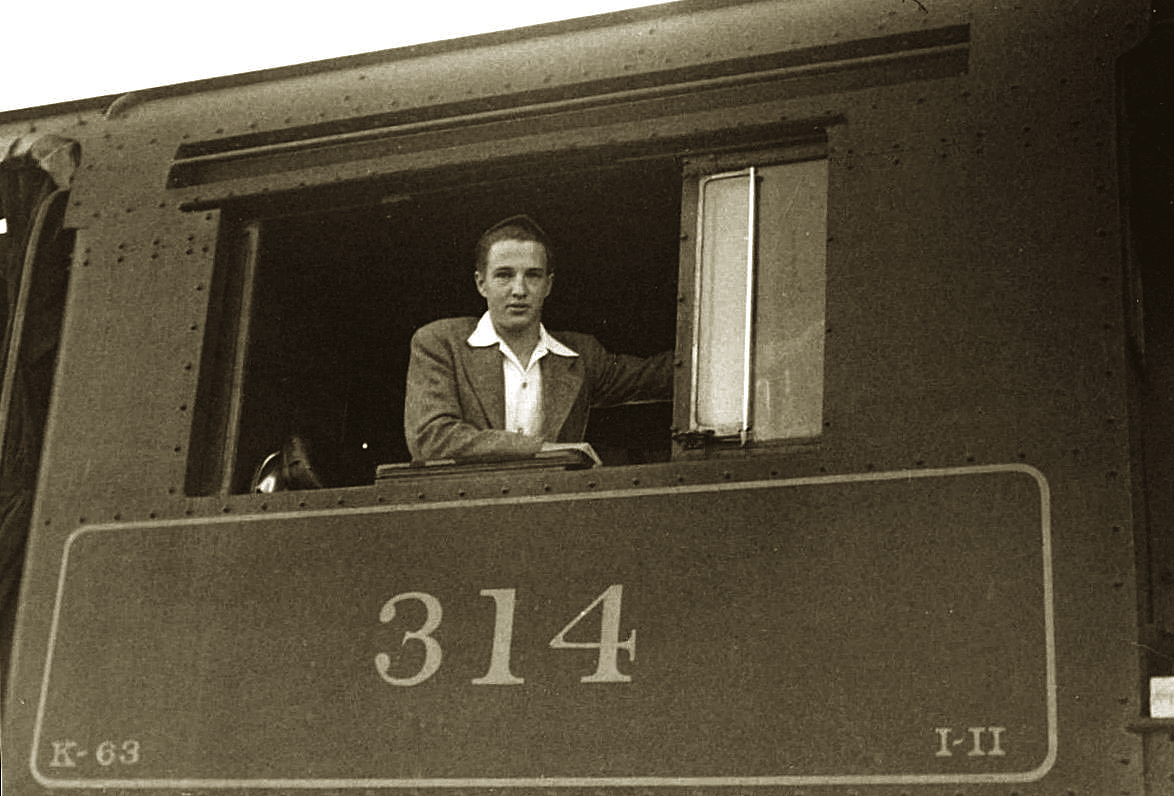 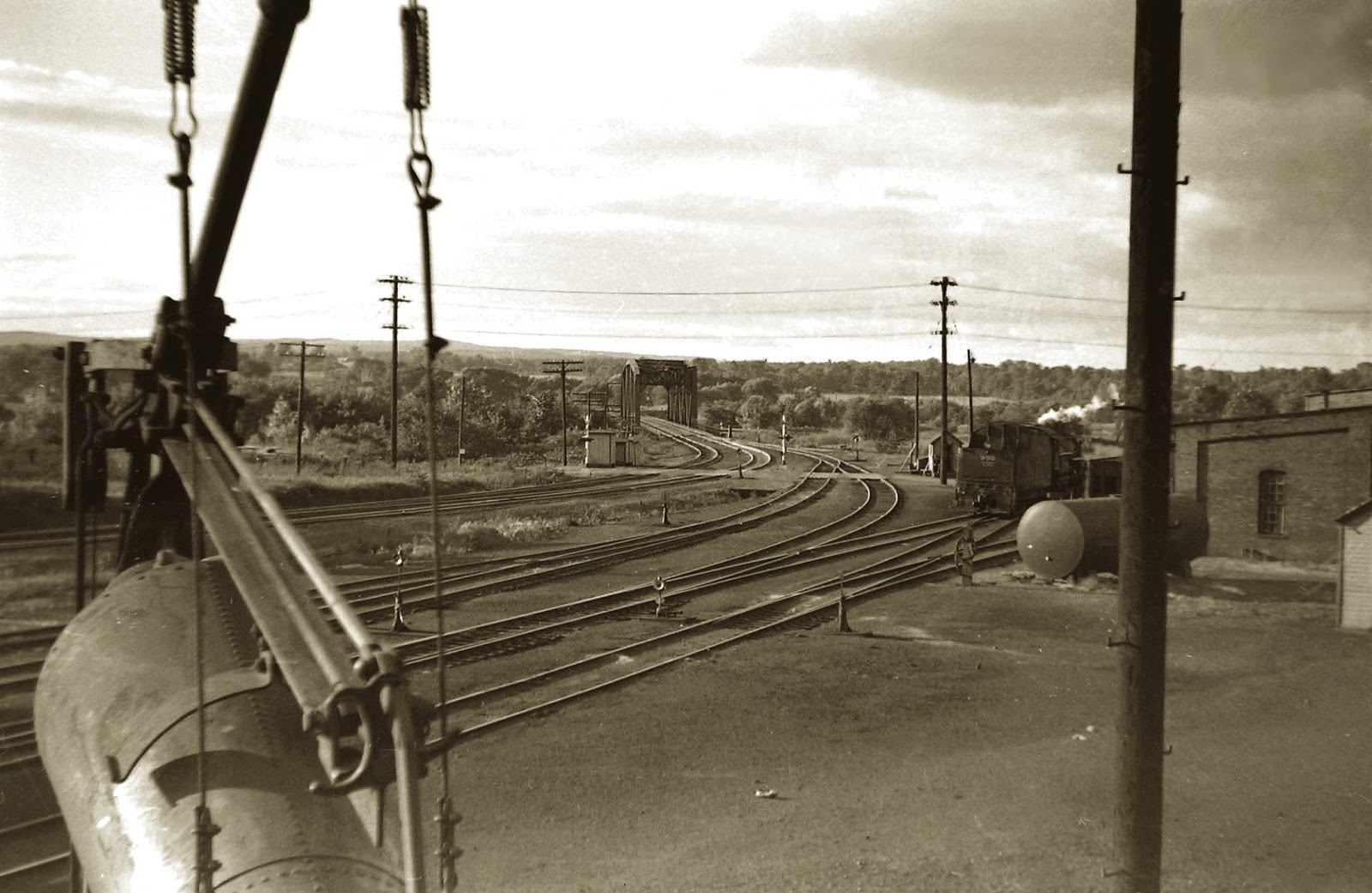 Here is the Northern view of The Mohawk River Bridge and Maxon Road in Schenectady, 1948.    The two tracks on the left are the D&H Main to Mohawk Yard and the other tracks connect to Seneca Street Yard as well as the Roundhouse, Engine House and facilities.  Today, only the one main remains and CPRail's S&C shop is located near the bridge. 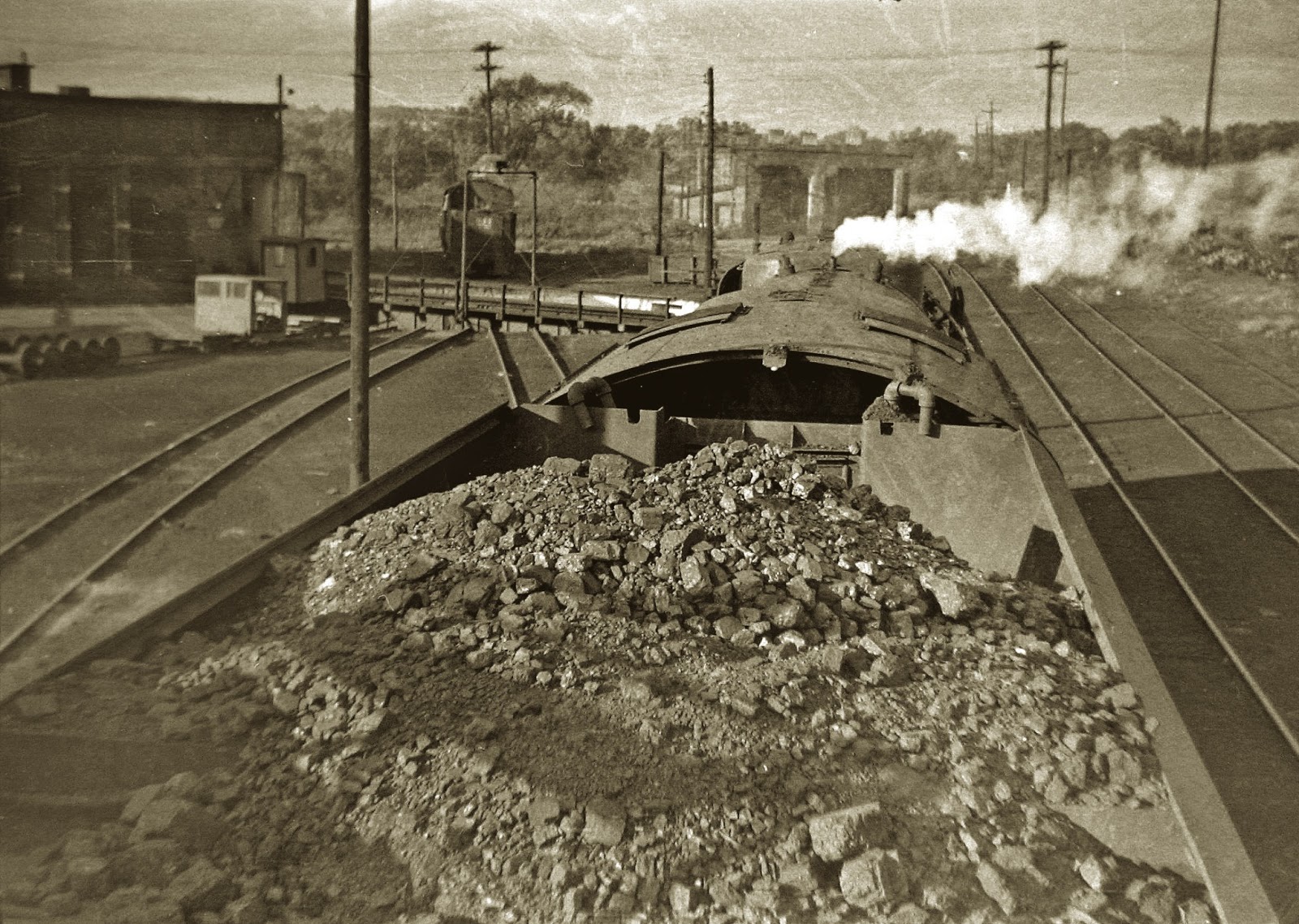 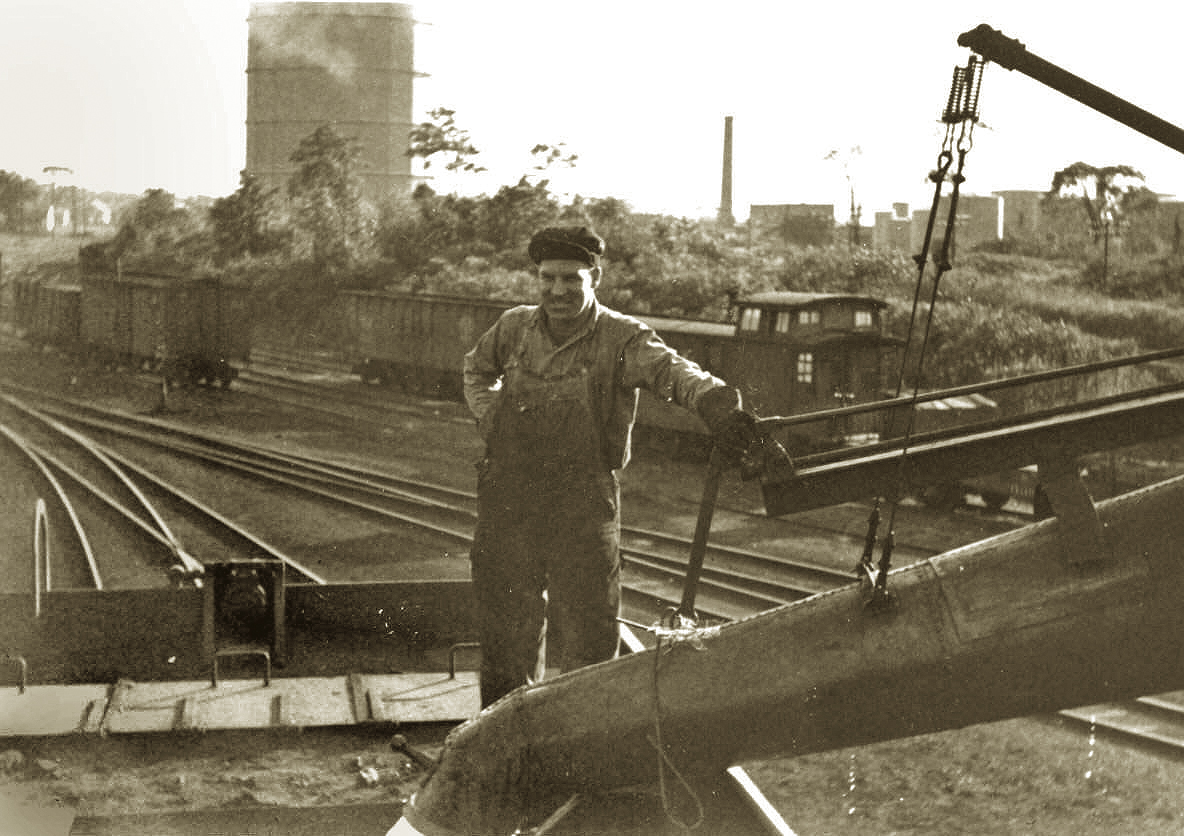 Ed was lucky enough to get the permission of this hostler to photograph him watering a D&H Northern, Number 310.  He's also the same guy who photographed Ed sitting in the cab of the 314. 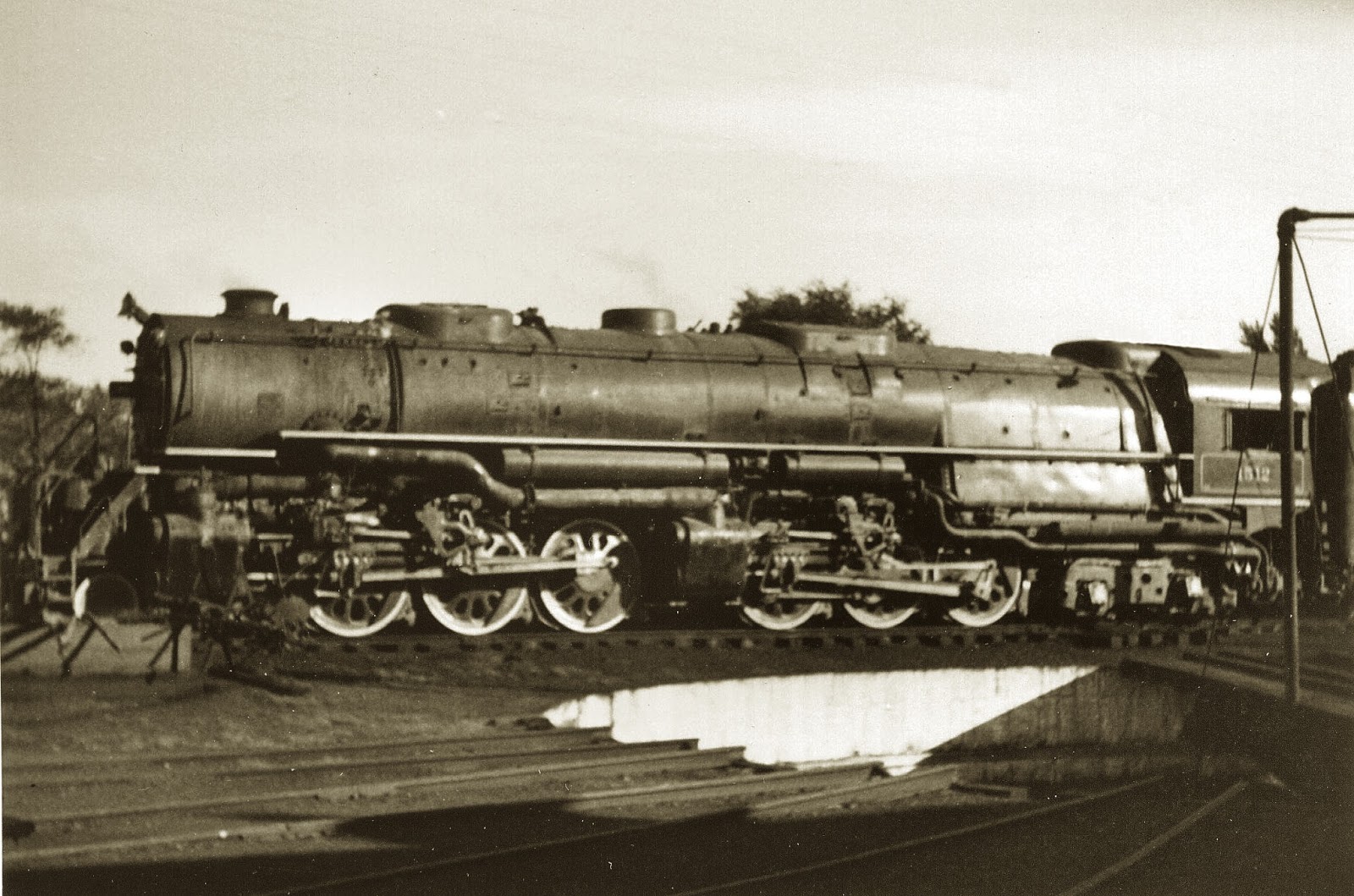 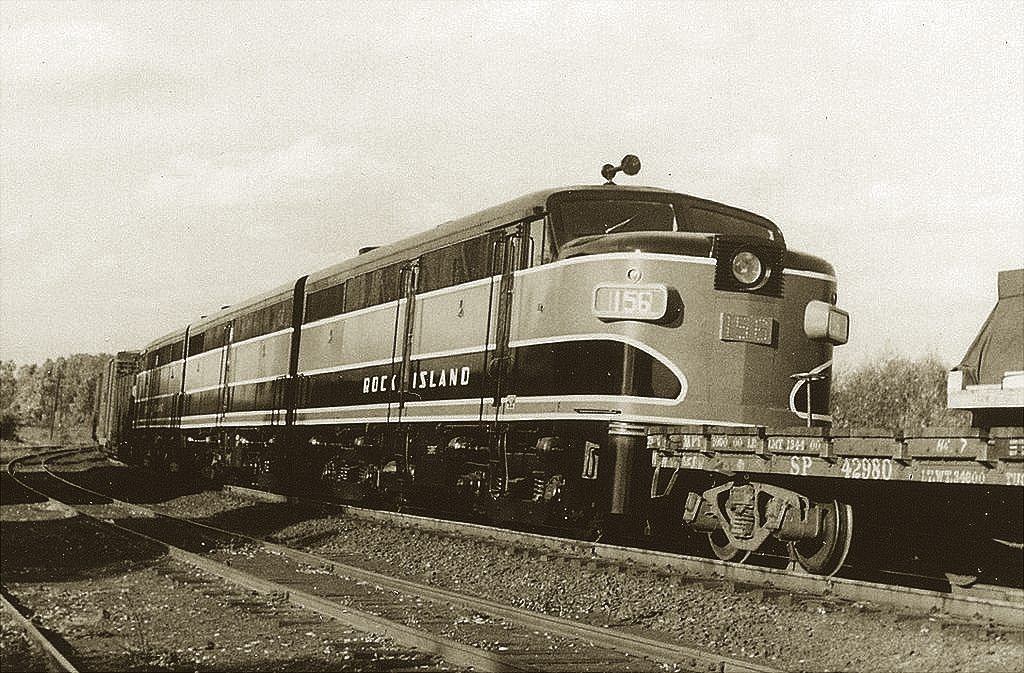 With ALCO being a stone's throw away, there was always a good chance that you could catch any new product  being delivered on the D&H, such as this FA for The Rock Island Railroad. 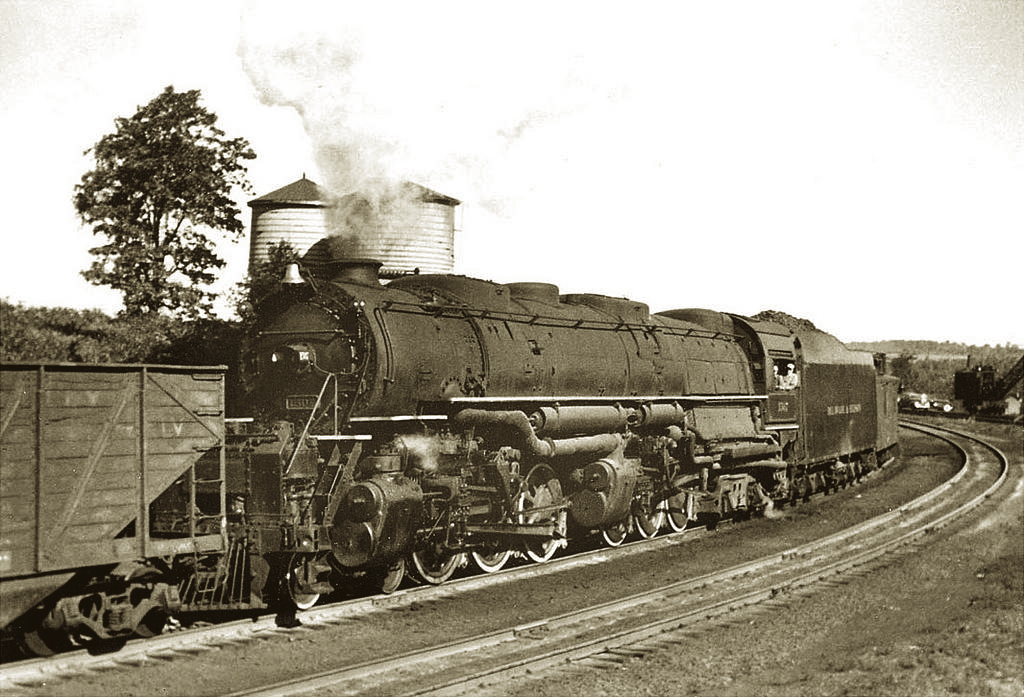 Ed liked catching The Challengers coming off The Mohawk River Bridge.  The 1507 is seen pushing towards Schenectady. 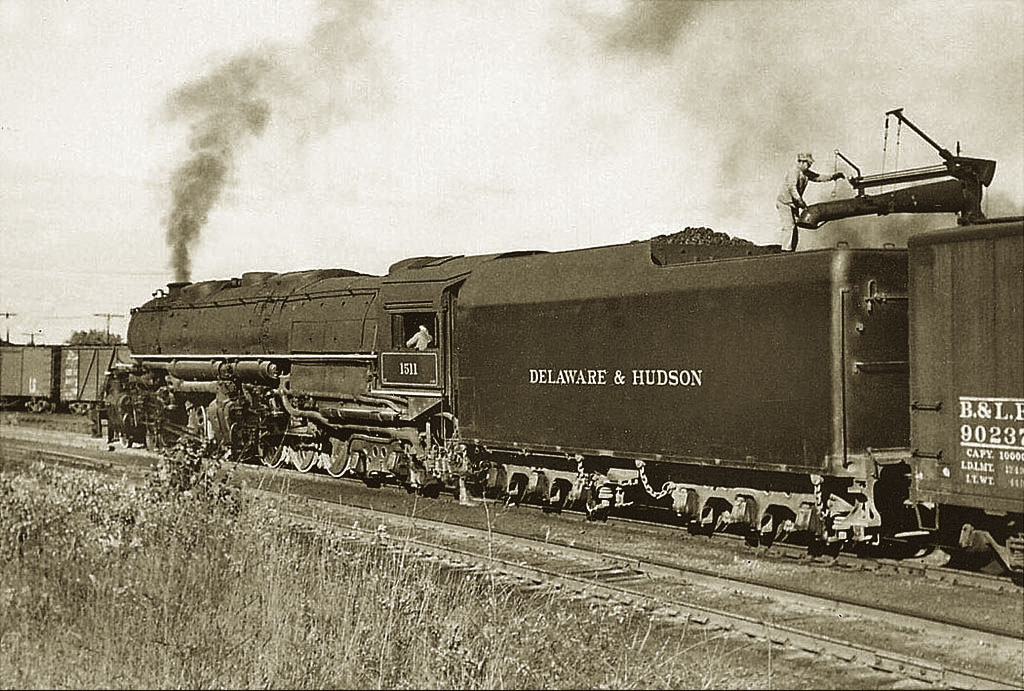 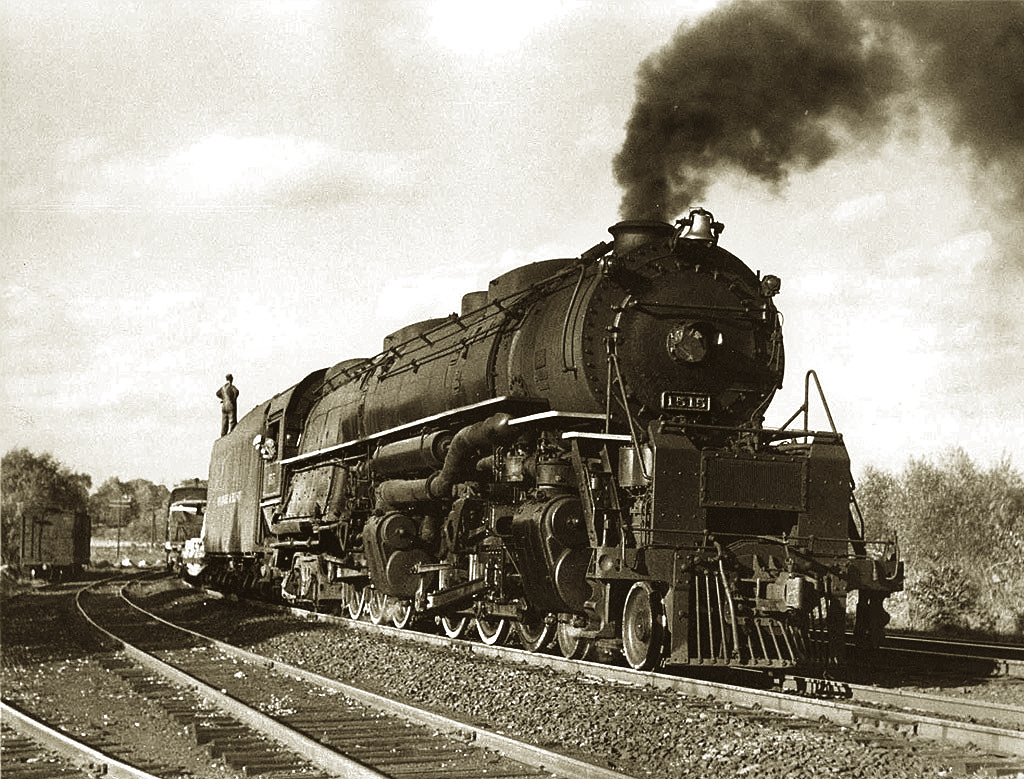 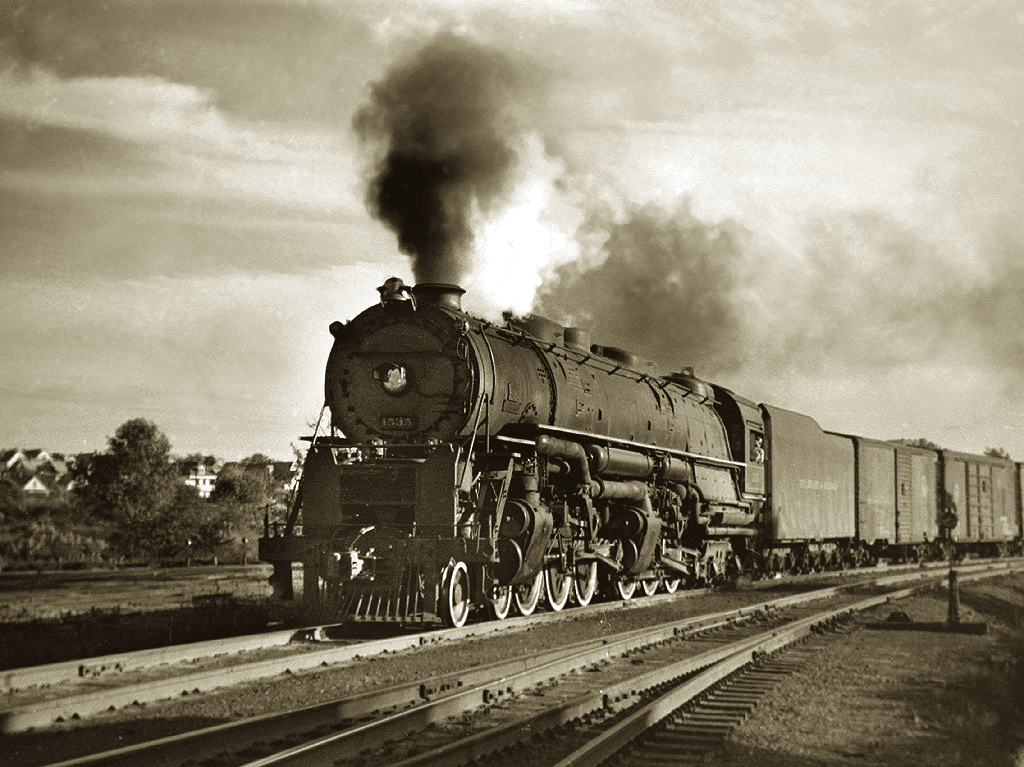 The 1535 with a head full of steam rolls northbound  approaching Maxon Road. 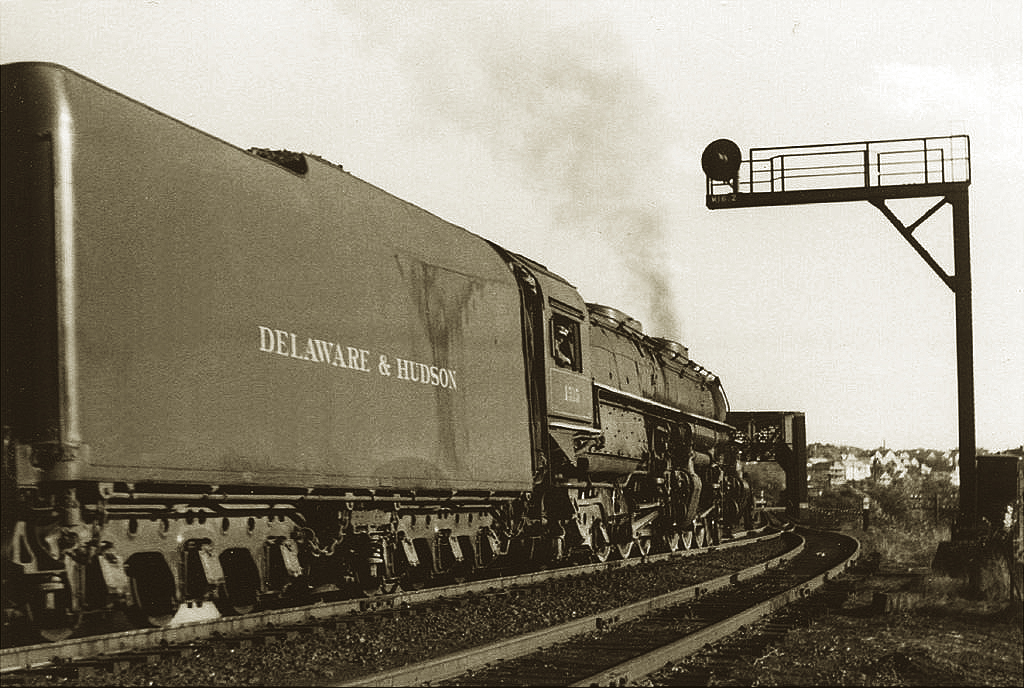 Ed caught the 1535 crossing the Mohawk River on the Glenville side, after leaving Mohawk Yard. 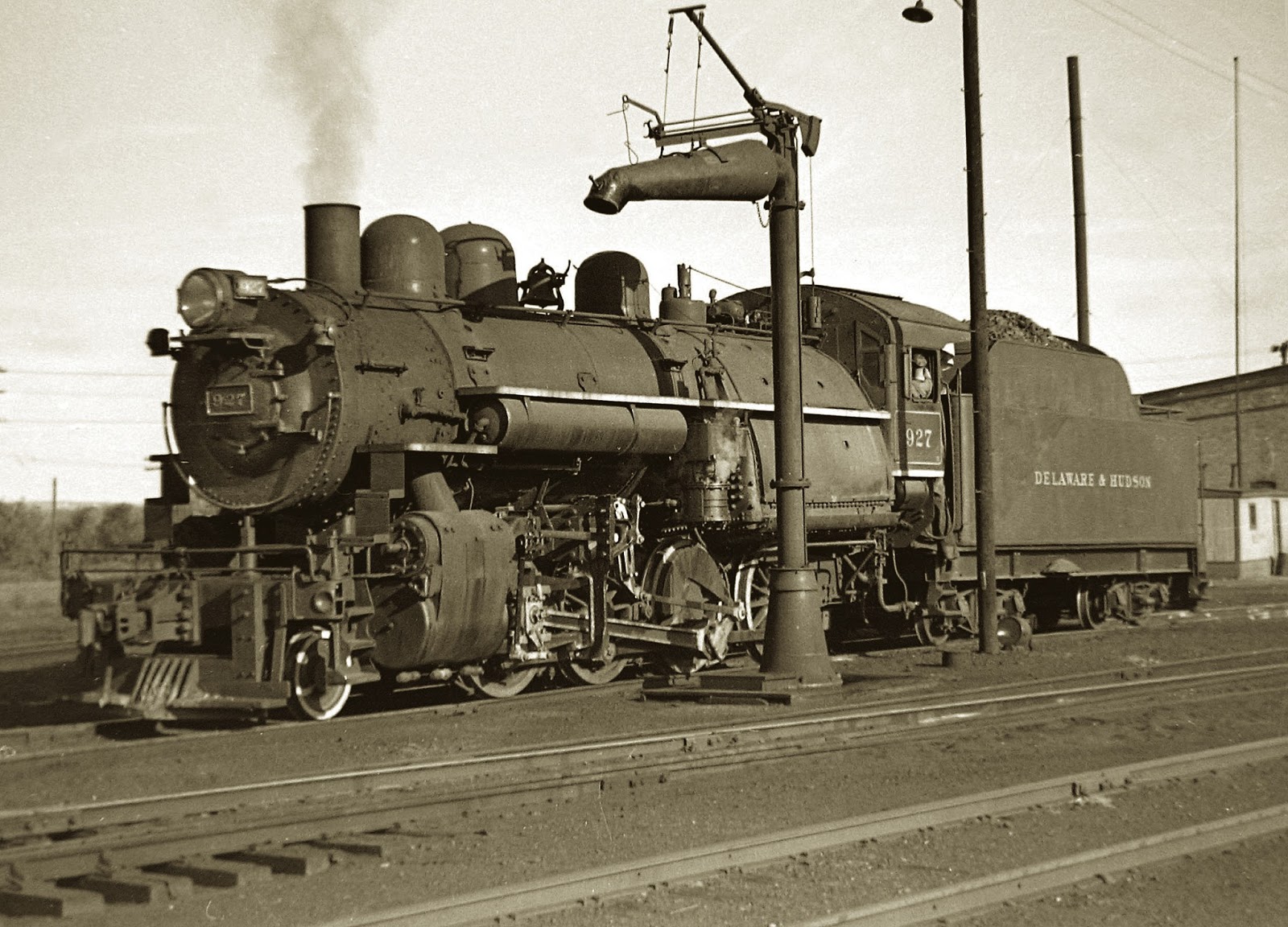 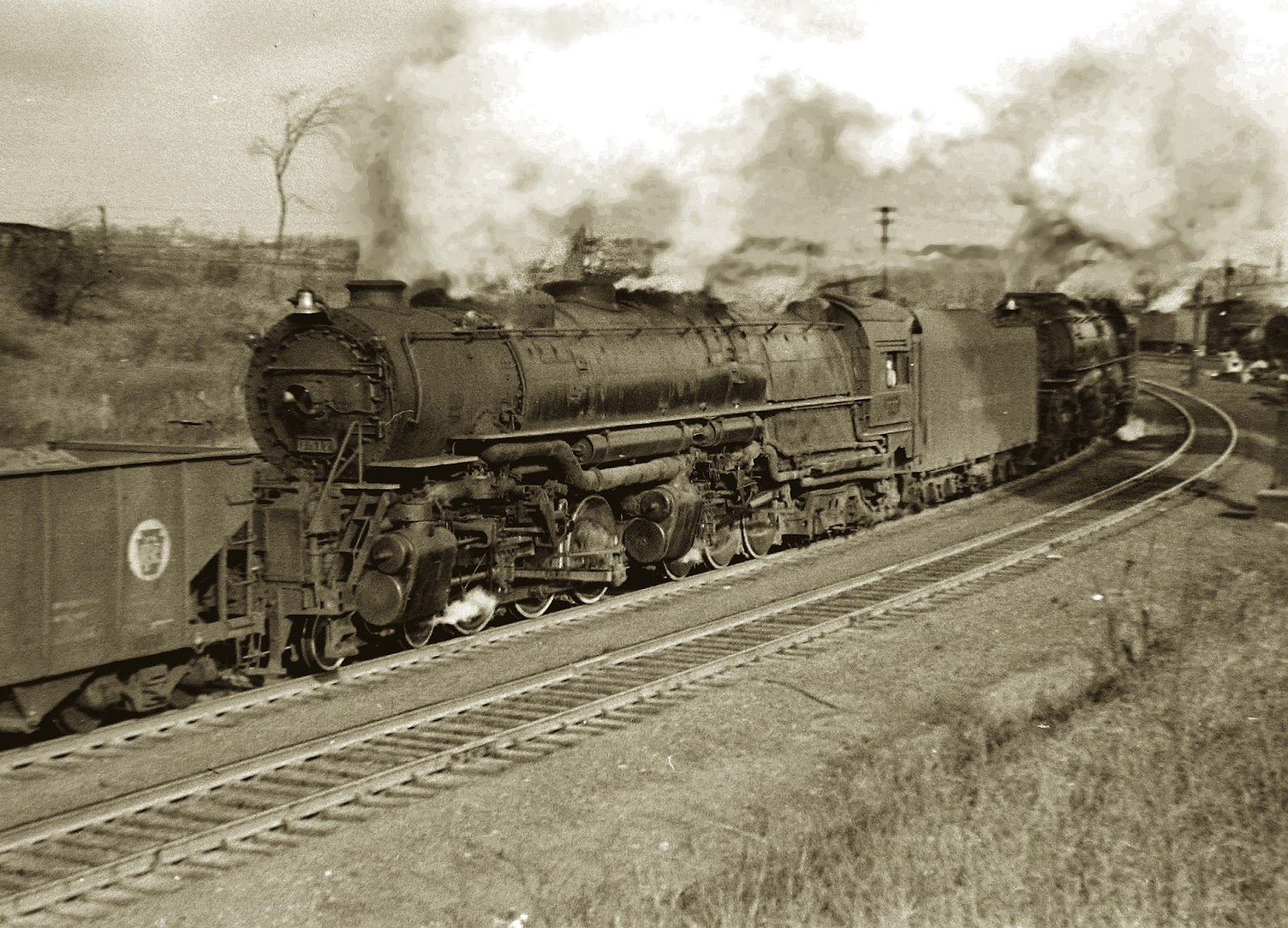 Did I mention pushers?  A couple of Class-J's are bringing the power over The Mohawk River. 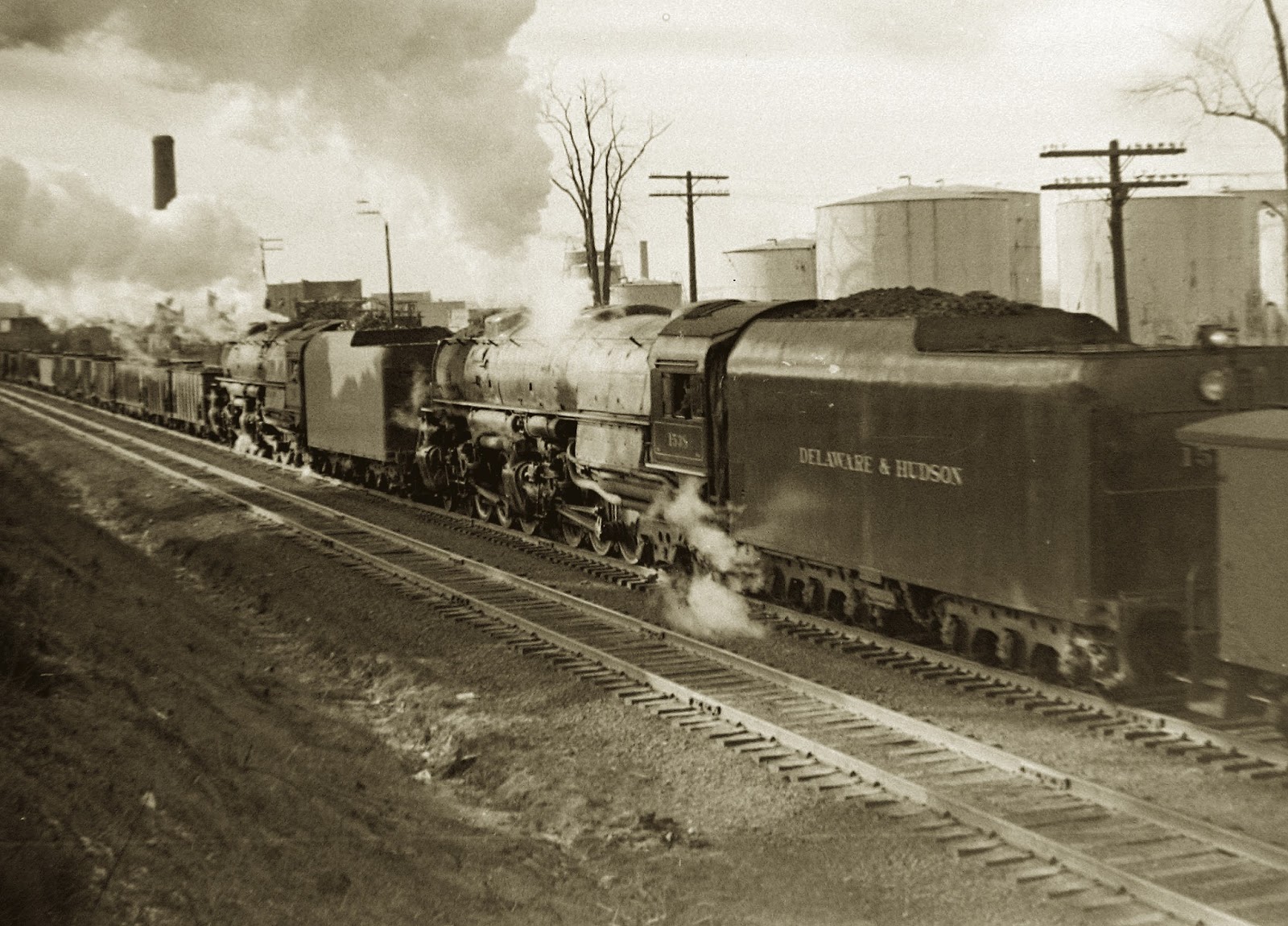 Ed quickly turns to catch this consist heading toward Seneca Street.  Seen in the background is the former tank-farm off of Seneca Street and beyond that The American Locomotive Company. 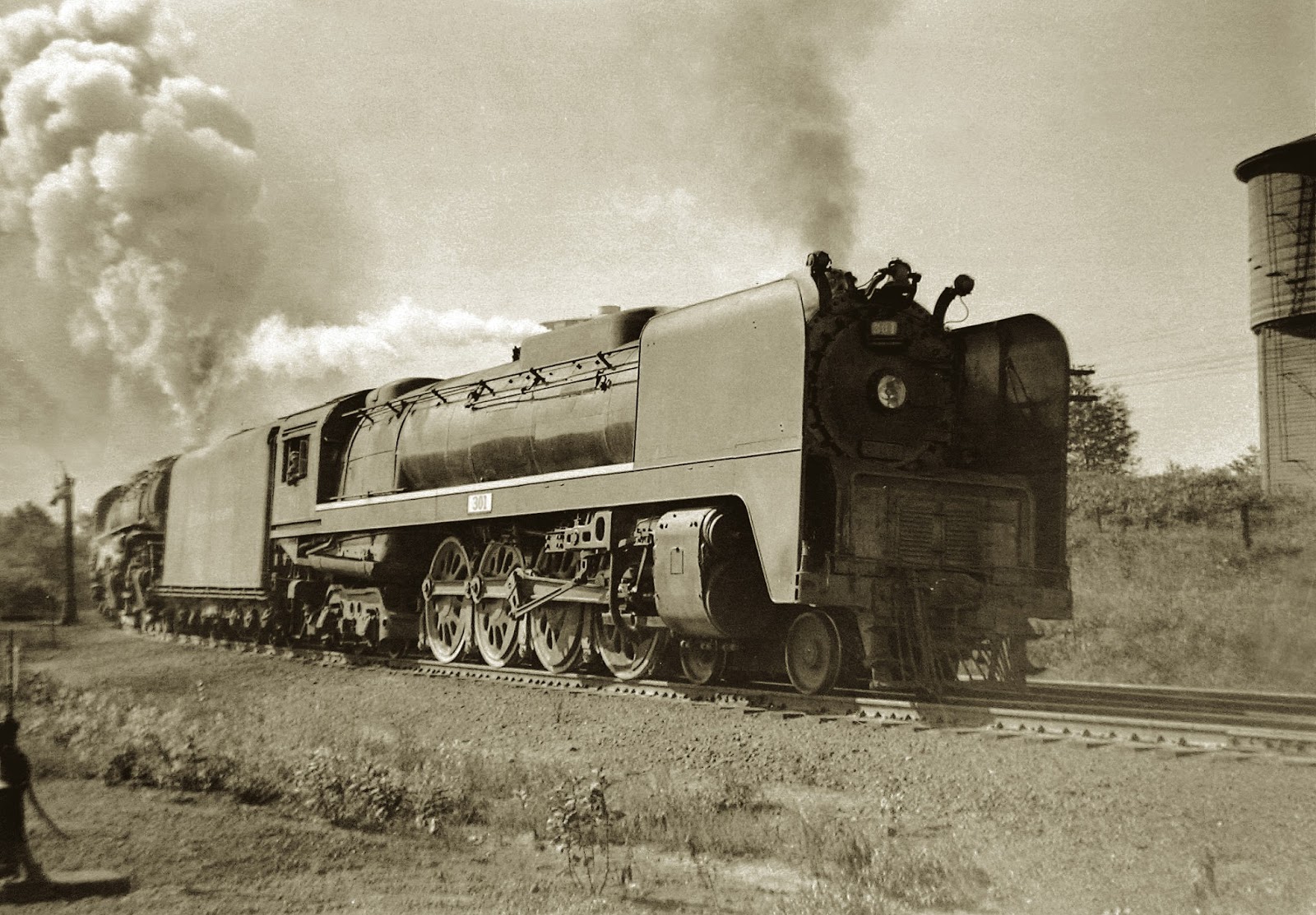 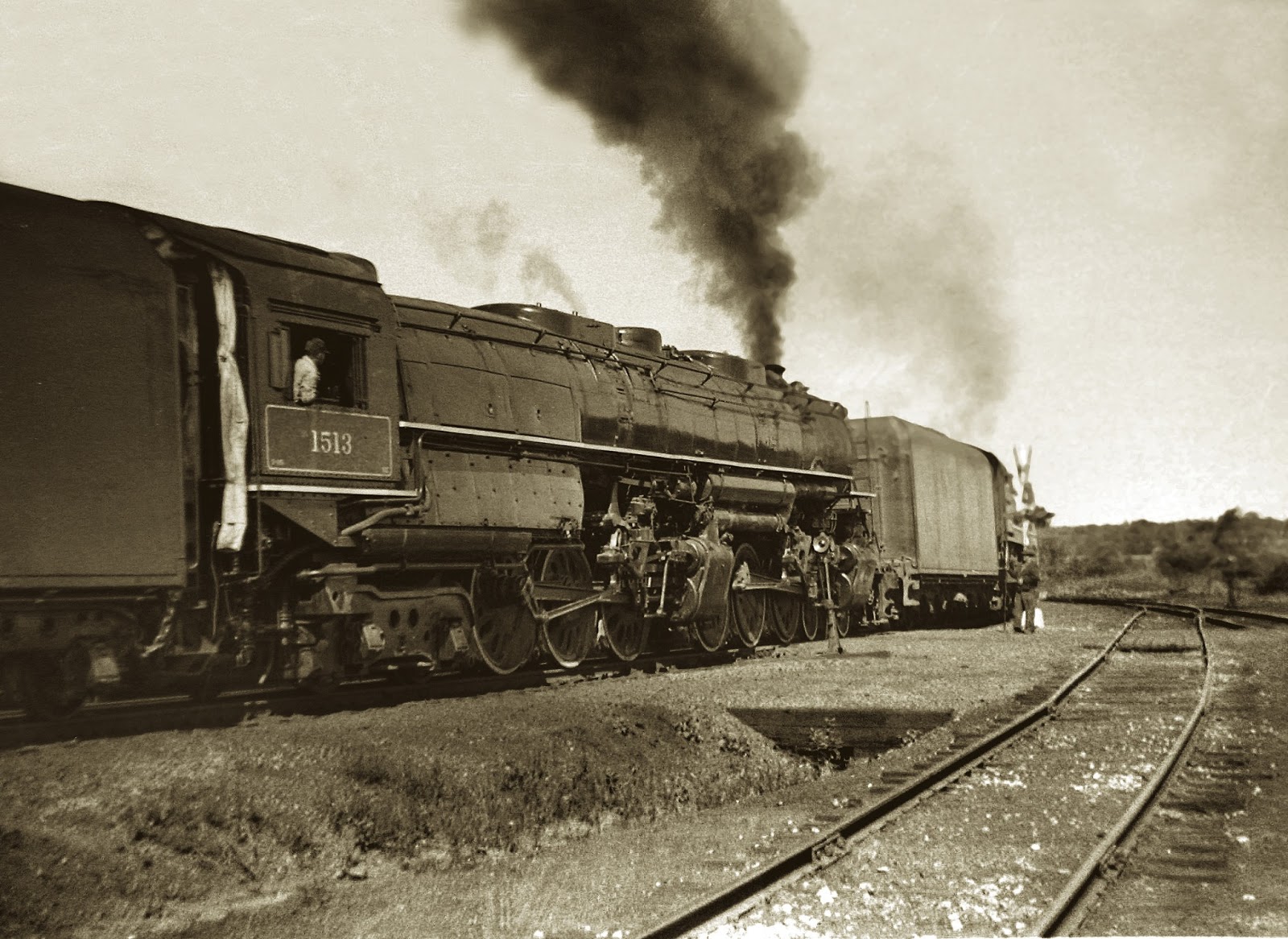 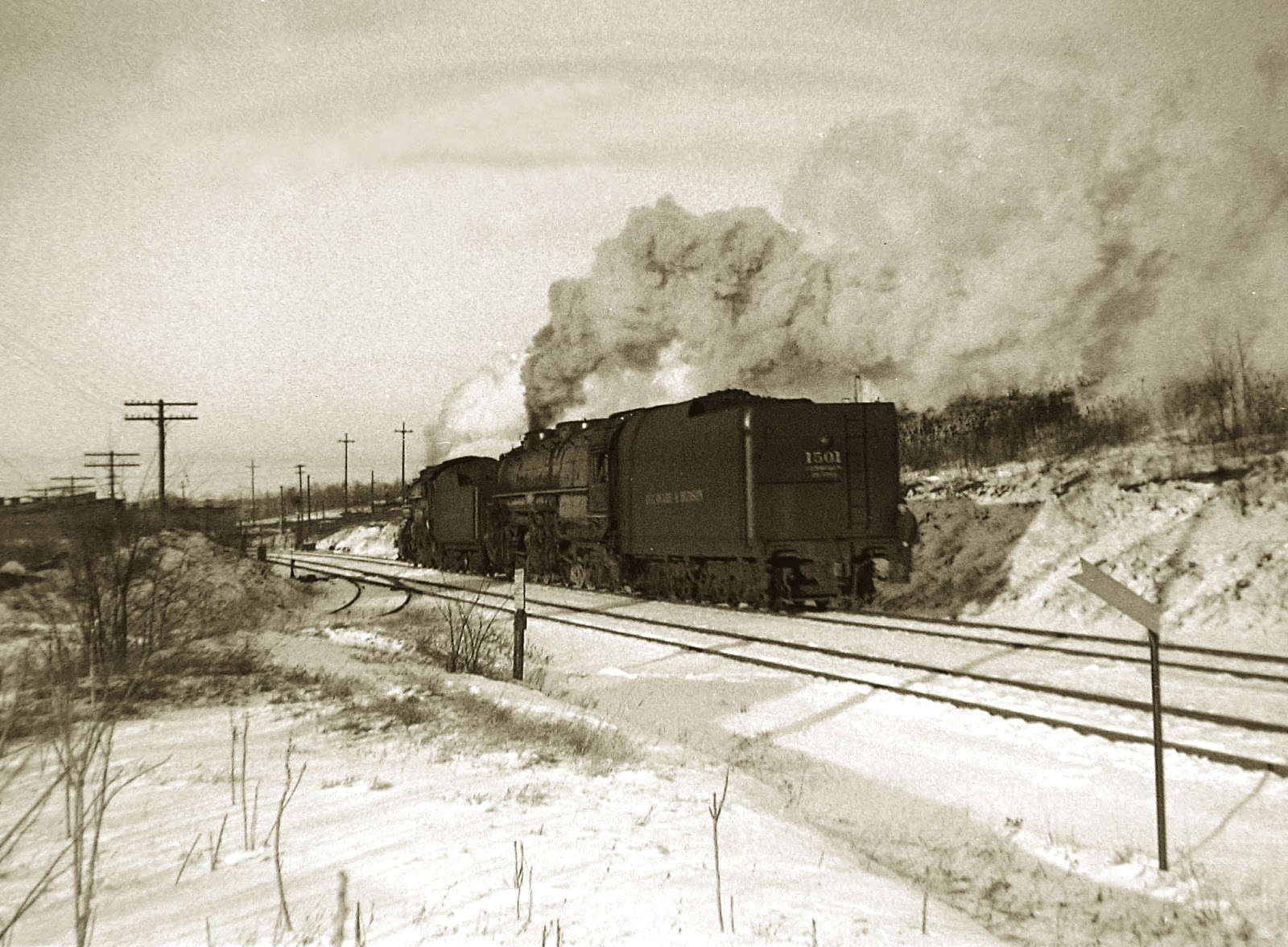 An E-Class and 4-6-6-4, Number 1501 is seen heading North  between Seneca Street and Maxon Road with a full head of smoke in the Winter months. 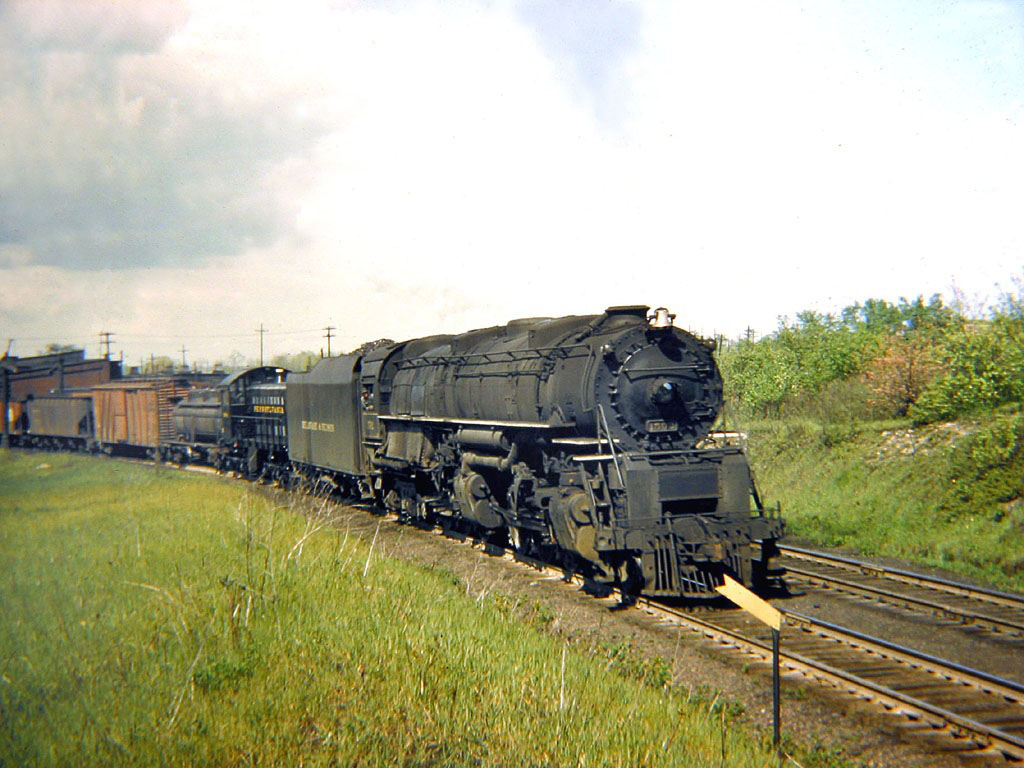 Just like The Wizard Of Oz, we're gonna leave the sepia-tone of Kansas for a nice color shot of a West-Bound pulling a new S-2 for the Pennsylvania Railroad. 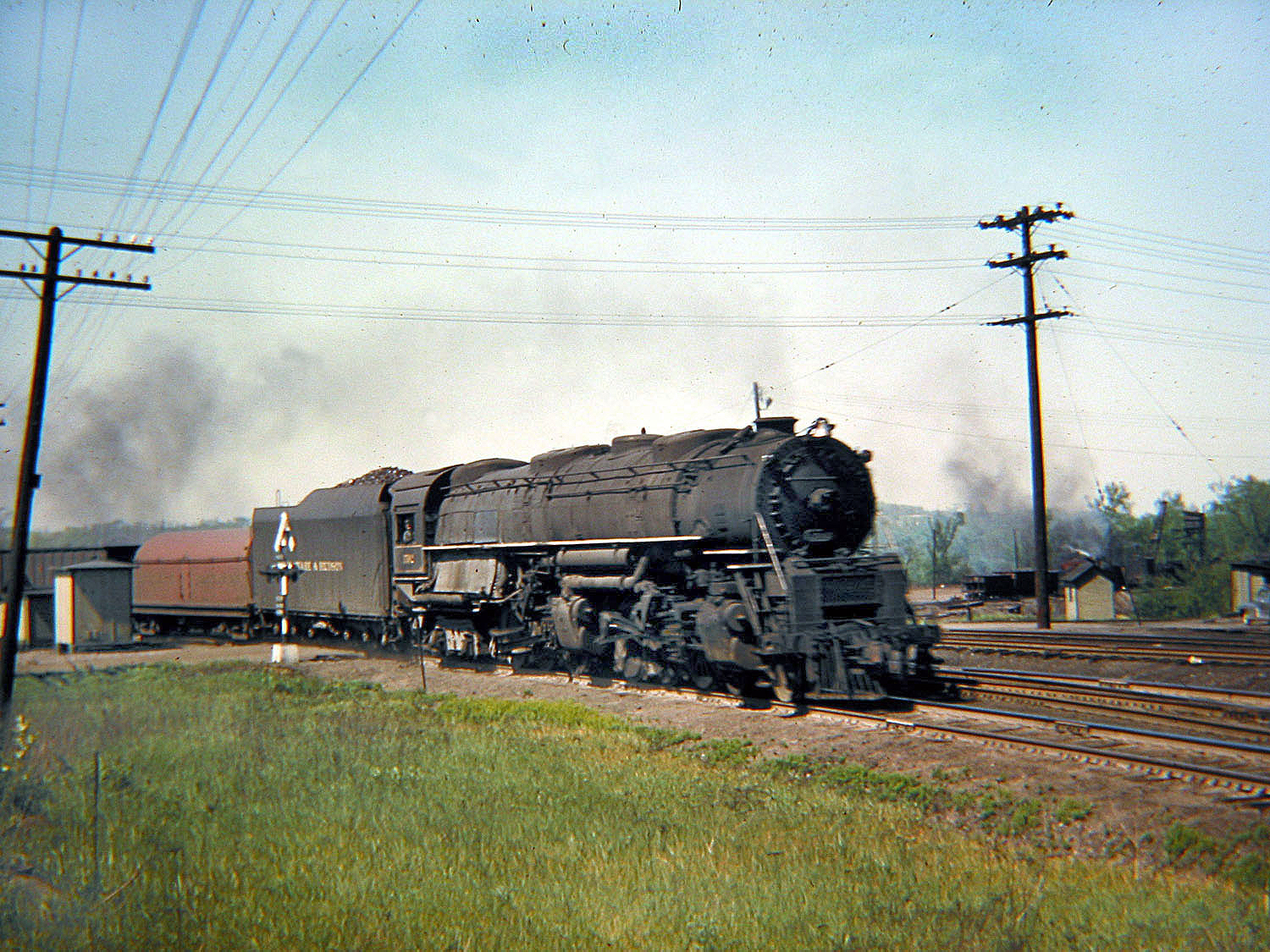 A J-Class is seen at the Grade Crossing of Maxon Road.  If you look to the right of the loco you can see the Wye-Track that was on the North Side of Maxon Road.  Believe it or not, 60 years later that Wye-Track is still buried in the woods, with the connections gone on each side. 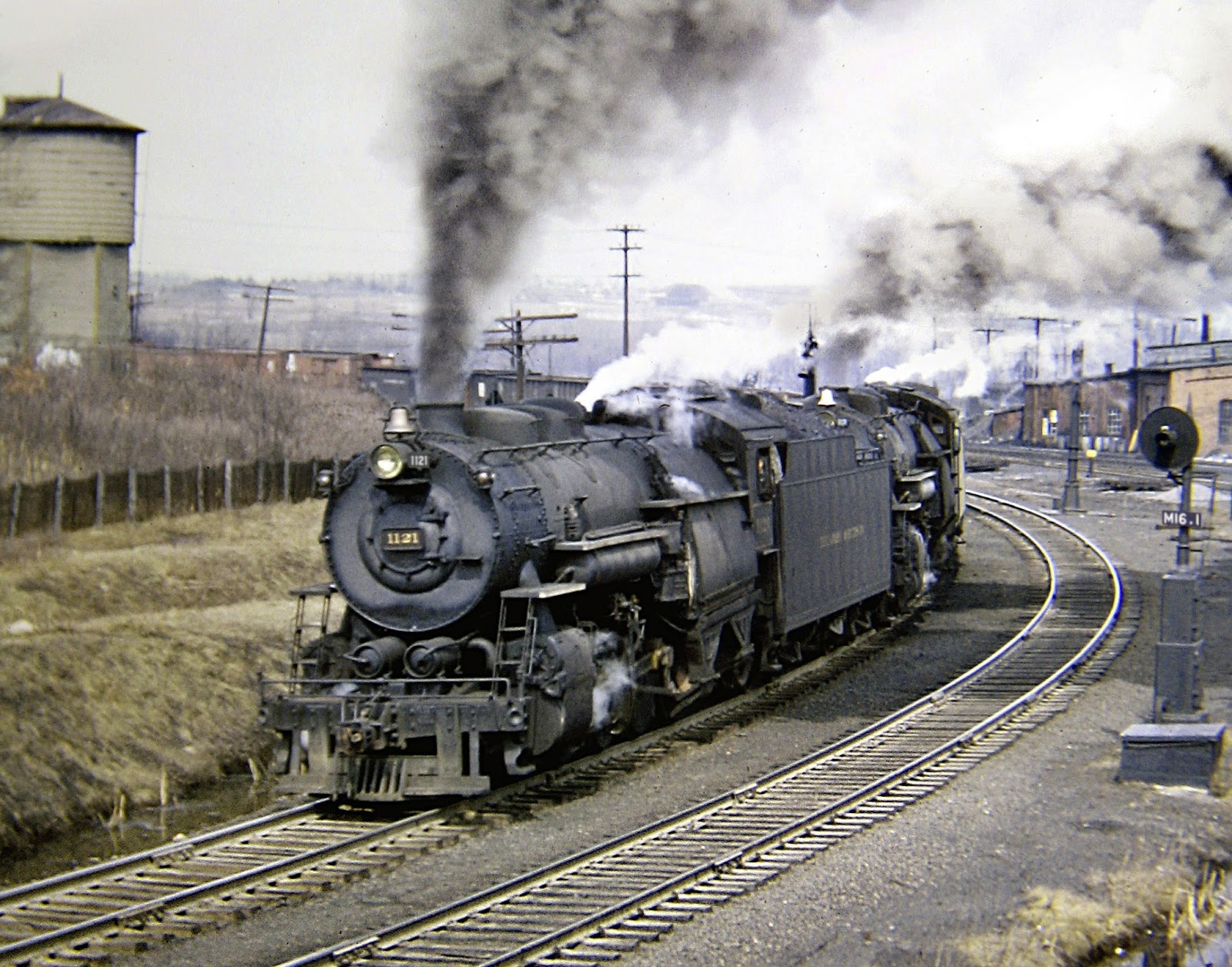 Last, but not least.  Here is a beautiful Kodachrome of double-headed E-5as, rounding the curve at M16.1 and headed to Schenectady. 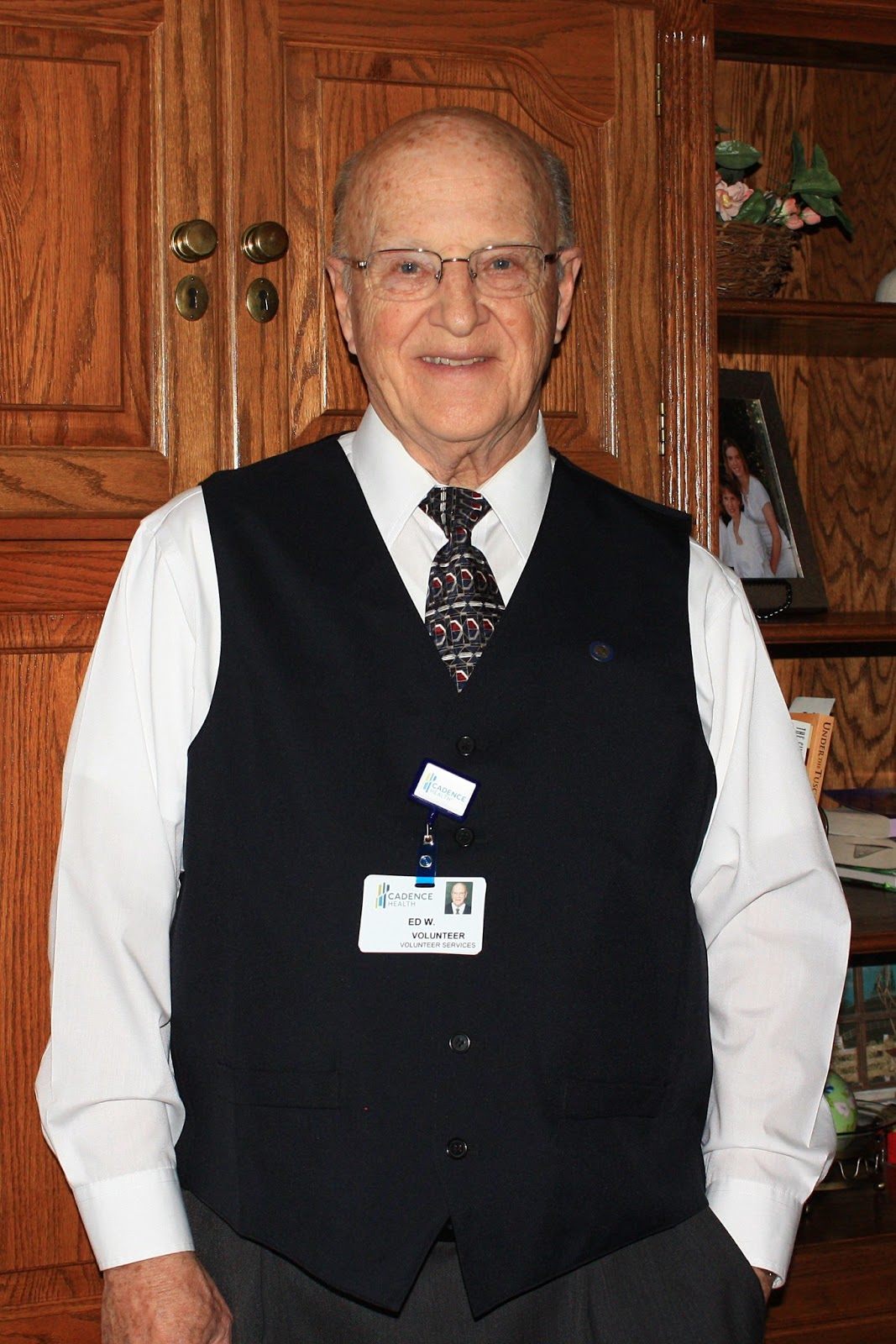 Still a dashing fellow, after a 44 year career in electrical engineering, 82 years-young Ed spends his days volunteering at a hospital near Chicago.  The Union College 1952 Graduate says he still loves trains.  Thanks Ed for being an 18 year-old with a camera and capturing the twilight of D&H Steam in Schenectady....


On a quiet Wednesday Night in May of 1958, the residents of Goose Hill in Schenectady were stirred from their TV's by a loud sound.  What sounded like an explosion turned out to be a derailment on the D&H at The Mohawk River Bridge... 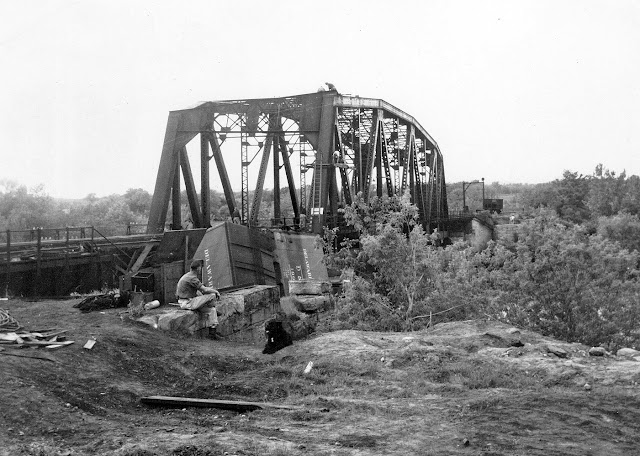 Engineer William Doolittle and Harry Stapleton were running their 99-car D&H freight North to Mechanicville when a 'hot box' on the 21st car sent 18 cars to the ground,  2 of them into the Mohawk River, 50 feet below. (Photo: Ken Bradford, Joseph Smith Collection) 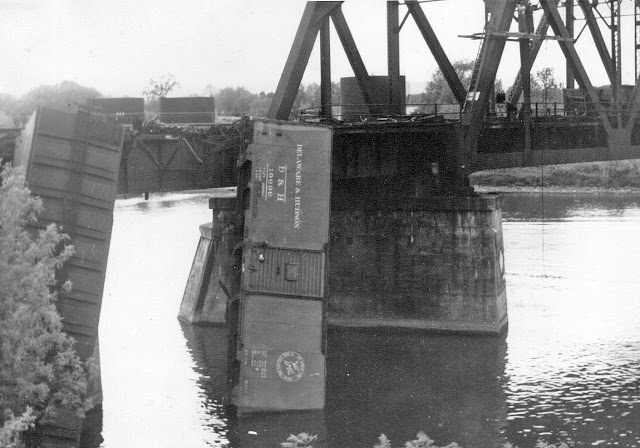 Trains were rerouted around Schenectady via Delanson on the Albany Main, up the Colonie Main to Mechanicville.  One of the car's placards described the load as 'Dangerous.'
(Photo: Ken Bradford, Joseph Smith Collection) 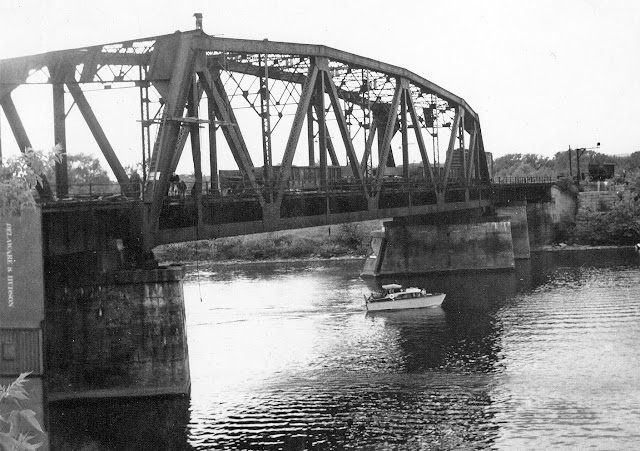 Salvage crews hurried to the scene from Oneonta and Whitehall.  Contrary to local legend, the 2 river-bound cars were pulled up and not left behind in the water below.  A map of The State Barge Canal lists the depth at the bridge to be an average of 13'.  Higher in the Spring after ice melt.
(Photo: Ken Bradford, Joseph Smith Collection) 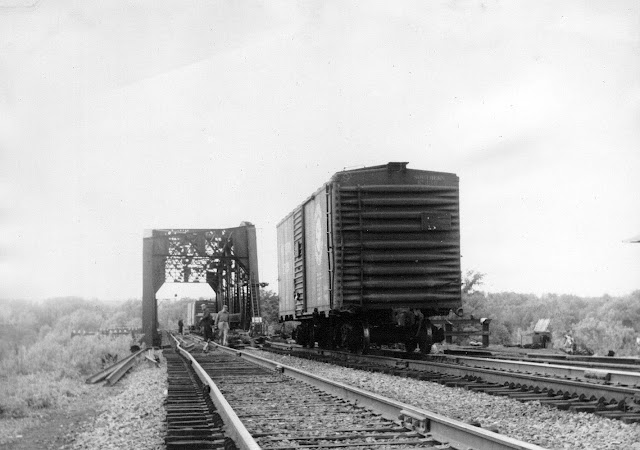 Damage to the track and the bridge was estimated to be around $500,000.  30 heads of cattle spent the night at the Seneca Street Crossing, which closed due to the wreck, but re-opened the next day.  The Maxon Road crossing remained closed for 2 days, with the bridge remaining closed for over a week.
(Photo: Ken Bradford, Joseph Smith Collection) 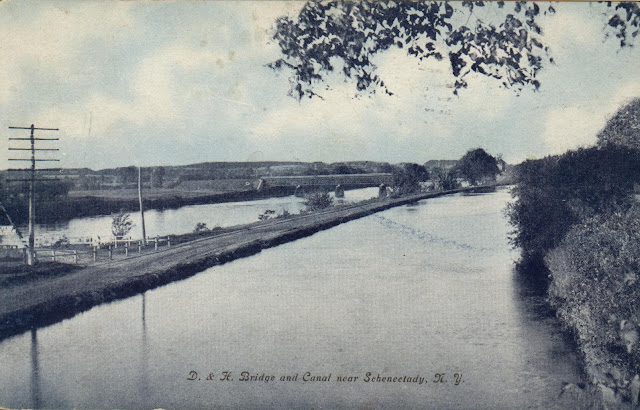 The bridge involved in the wreck continues to carry freight and passengers in 2013, although one track was removed to handle 'wide-loads' from The General Electric Plant in Schenectady.  This postcard shows the deck-plate-girder bridge that was replaced by the current structure.  Abutments from the previous bridge remain in place and can be seen in the top photo.  The view is from a bridge crossing The Erie Canal at the site of the original Freeman's Toll Bridge.  This is currently the start of Maxon Road from Erie Boulevard.  (Photo: Union College Archives)

Newspaper Articles Referenced Are From The Schenectady Gazette.  Special thanks to Ken Bradford for the use of the Photographs...

Posted by Gino’s Railpage at 10:09 PM No comments: